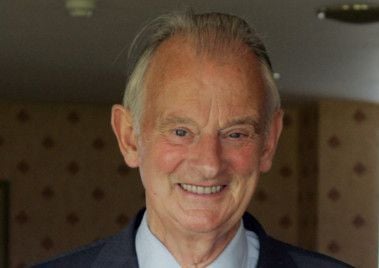 The Mayor of Derry City and Strabane District Council, Cllr Brian Tierney, has today opened an online Book of Condolence for members of the public to share their tributes and thanks to Dr Tom McGinley, founder of the Foyle Hospice, who passed away on Thursday.

Dr McGinley, who was originally from Gweedore, Co Donegal, set up a small steering committee in 1984 to fundraise before officially opening the Foyle Hospice in the city in 1985 and, since that opening, the deeply-valued palliative care centre has been a source of great comfort and assistance to thousands of families across not only the city, but the entire district.

Dr McGinley was honoured for his selfless and life-changing work by Derry City Council in 2014 when he was awarded the prestigious Freedom of Derry.

He also received a papal knighthood from Pope John Paul II in 2002 and has a sculpture in his honour in St Columb's Park.

Mayor Tierney said his thoughts were with Dr McGinley's children Ciaran, Aisling, Ronan and Sinead, and his extended family and friends.

"I was deeply saddened today to learn of the news of Dr McGinley's passing, a man who has had such a profound effect on the lives of a countless number of families across our district and the wider North West region.

"It was after an encounter with a young man with terminal cancer that Dr McGinley pursued the idea of opening a palliative care facility in the city, and we are all immensely grateful for his determination, dedication and passion in following through and opening the Foyle Hospice.

"Dr McGinley has left a legacy on this city and its people that will last for generations to come and we know that his vision will continue to be delivered by the hard-working team at Foyle Hospice.

"The Freedom of Derry was one of many deserving honours that Dr McGinley received but for him that's not what it was about – he wanted to help as many people and as many families as he could through some of their toughest days.

"My thoughts and prayers are with Dr McGinley's children, his wider family circle and his many friends. I hope that they can take some comfort in knowing how deeply loved and appreciated he was by all across this city, district and region."

To sign the online Book of Condolence, visit http://bit.ly/BOCDrMcGinley