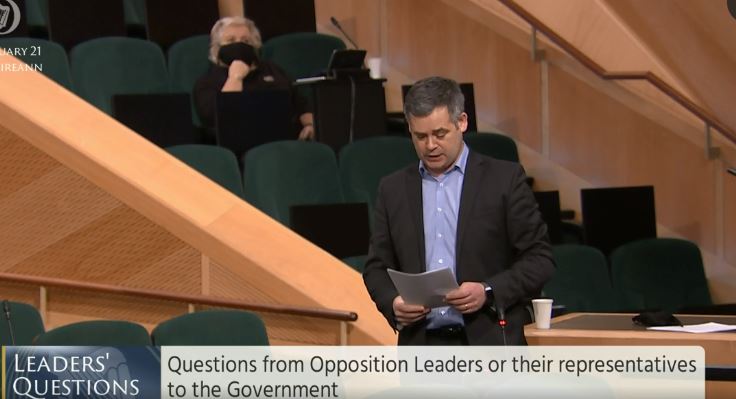 The Tánaiste has accused Sinn Fein of reheating an old political controversy and that the party's Dail time would be better used by airing other issues.

The release of internal Department of Health emails has shone the light again on last year's controversy involving Leo Varadkar the leaking of a GP contract to his friend Dr Maitiú Ó Tuathail in April 2019.

Donegal Deputy Pearse Doherty claims that the new documents show that Leo Varadkar was sharing a confidential document with Dr. O' Tuathail while the Minister for Health couldn't get access to the document.

In the heated exchange this afternoon, The Tánaiste hit back at Deputy Doherty saying the issue has been well dealt with:

But the Tanaiste said that the then Minister for Health got the draft that was available on the day: