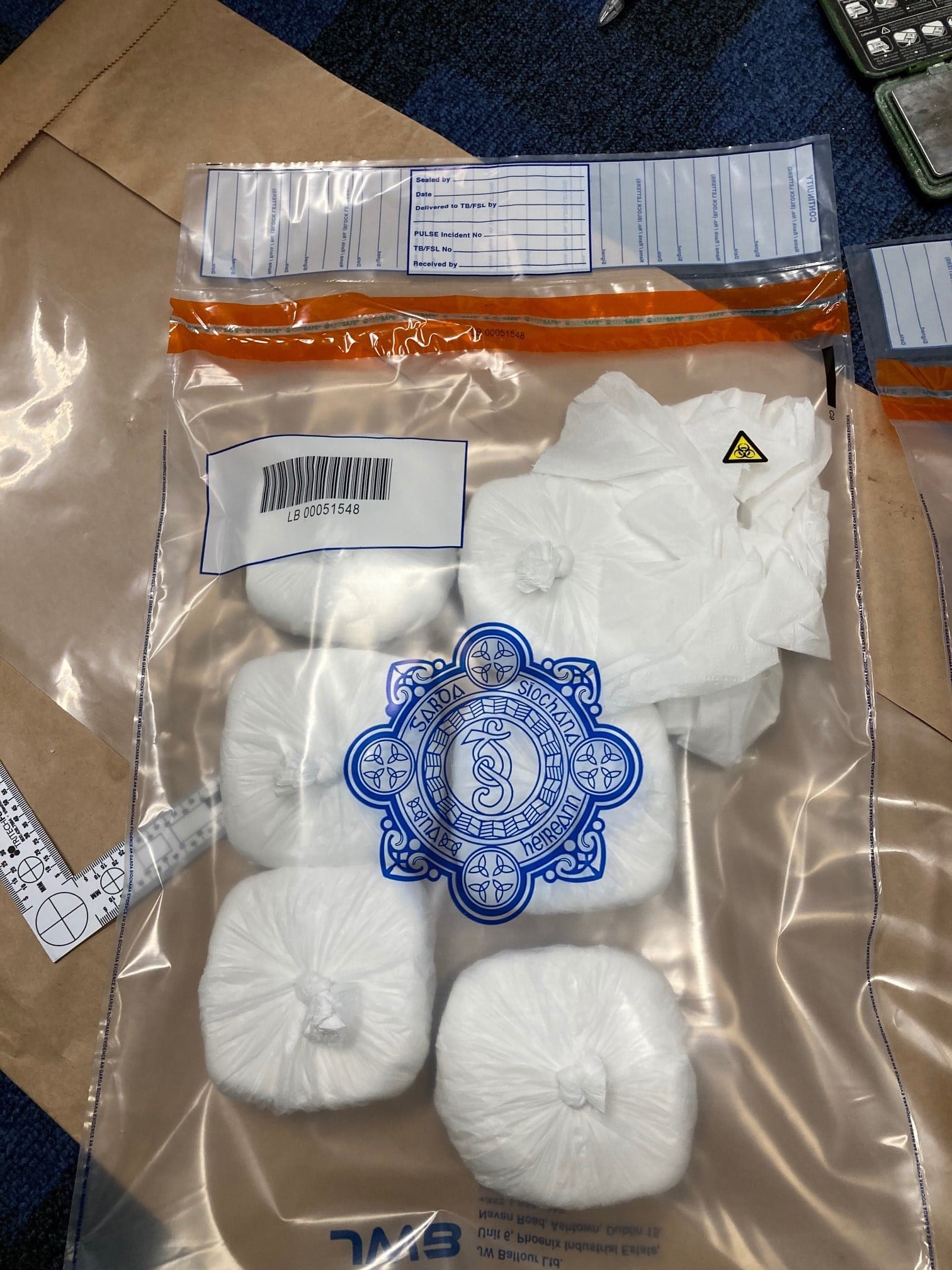 Gardaí in the Letterkenny District Drugs Task Force have seized an estimated €105,000 of suspected cocaine following an operation in Lifford yesterday.

As a result of an intelligence led operation, a vehicle was stopped at a Checkpoint around 3:10pm, yesterday afternoon, in Drumbuoy, Lifford.

The vehicle was searched resulting in the discovery of approximately 1.5 kilos of suspected cocaine in a plastic bag concealed inside a clothes bag in the boot of the vehicle.

The occupants of the vehicle, 2 males in their 20s, were arrested and taken to Letterkenny Garda Station