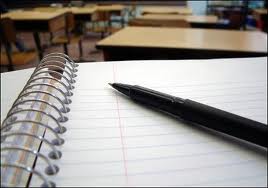 The North's Education Minister has confirmed that all GCSE and A Level exams due to take place this year have been cancelled.

Some exams were to get underway as early as next week.

Peter Weir made the announcement at Stormont this afternoon - where he has also been outlining the details of school closures.

All mainstream education providers must facilitate remote learning until at least the mid term break in February.

However - Mr Weir says vulnerable children and children of key workers will have access to face to face learning: