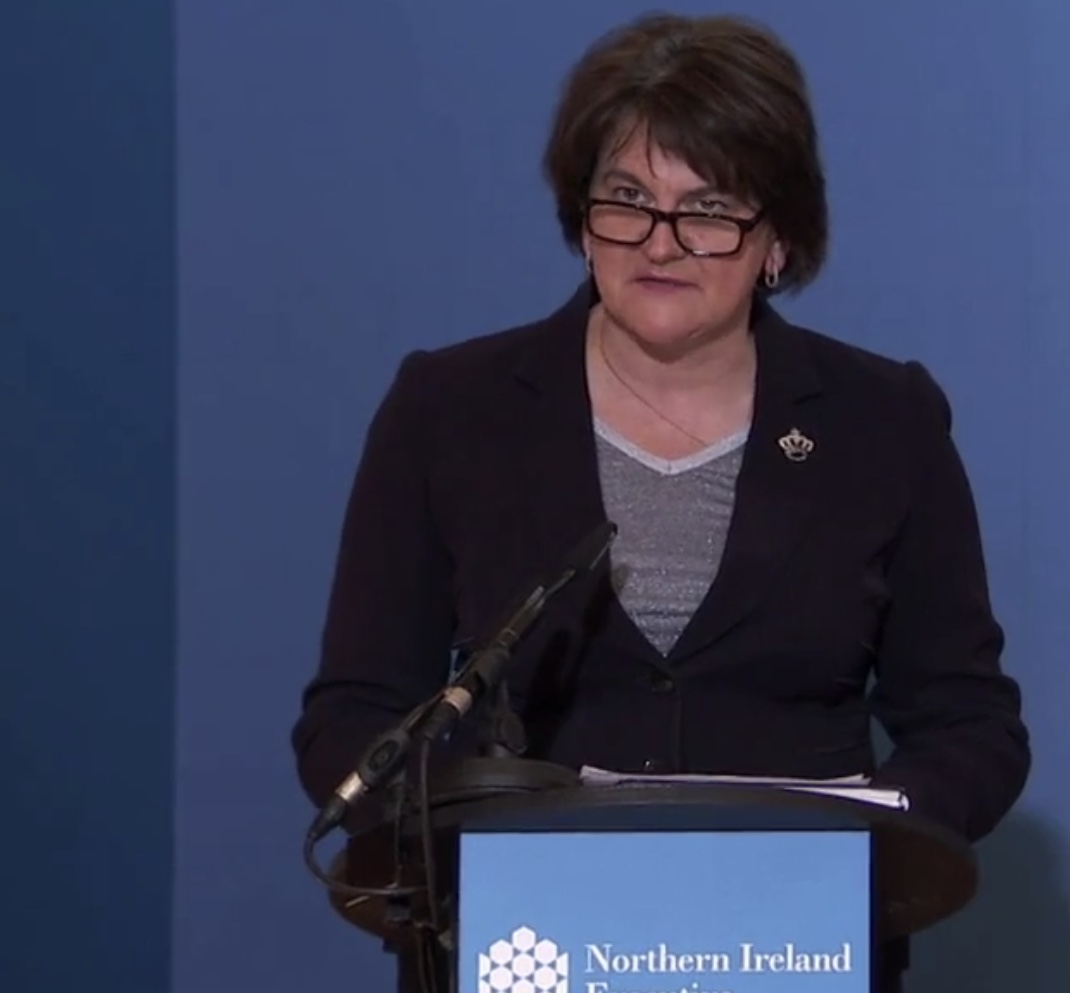 Arlene Foster says she's confident they can flourish in the global market if they leave the EU customs union in four years time.

They'll be able to decide if they wish to exit the single market set up by the Northern Ireland protocol, that was agreed during the trade negotiations.