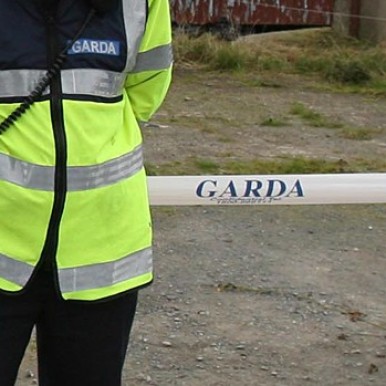 Gardaí are investigating the robbery of a premises on the Circular Road, Ballyboe, Glencar, County Donegal, that occurred at approximately 9:40am on Sunday, 27th December, 2020.

It's reported that a man entered this premises armed with what appeared to be a gun and threatened staff before fleeing the scene on foot with a sum of cash and a quantity of cigarettes.

Following on from this incident, Gardaí responding to reports of a theft of a vehicle intercepted a car in Donegal town, and arrested the driver, a man aged in his 20s.

A suspected handgun, a sum of cash and a quantity of cigarettes were all recovered by Gardaí. The suspected handgun will be sent to the Ballistics Unit for analysis. The car was seized for technical examination.

The man in his 20s is currently detained at Letterkenny Garda Station under the provisions of Section 4 of the Criminal Justice Act, 1984.