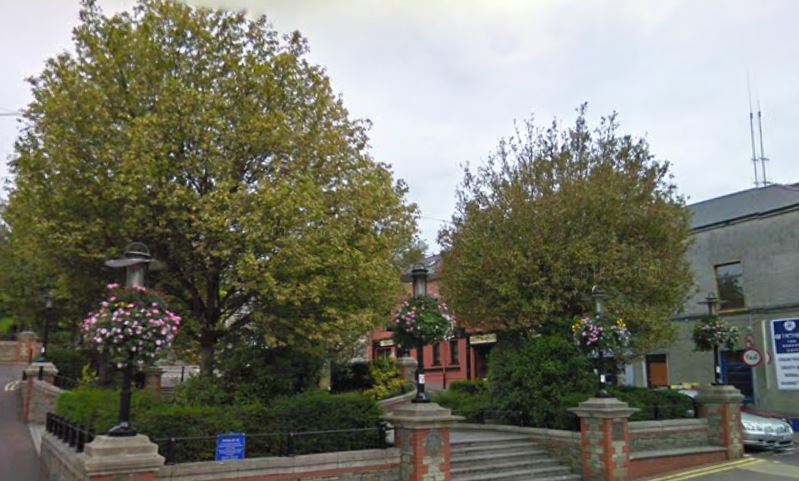 The nativity crib in the heart of Letterkenny has been vandalised in a weekend attack.

The crib, located at Market Square was damaged on Saturday night 11.30pm with the the side pane of Perspex glass was smashed in. CCTV has been viewed and the incident has been caught on camera.

Gardai are investigating the incident and following a review of CCTV in the area a young male can be seen walking down the Street in the company of a female from the Upper Main Street direction and he punched his fist in through the sheet of glass causing it to smash.

He is aged approx. mid teens and was wearing grey tracksuit bottoms, white trainers and a black jacket. The hair on top of his head is dark and he has the head shaved tightly to the back and sides.

The female also appeared to be of the same age group and she wore black leggings, black and white trainers and a long beige coloured cardigan or jacket. She had long dark hair, not tied back.
They left in the direction of Market Square immediately after the incident.

Gardai are appealing firstly to the male himself to come forward as CCTV at every possible location will be viewed in an effort to identify him.

Gardai are also appealing to the female who was in the company of the male in question to come forward to Gardaí in relation to the incident.

If anyone has any information that might assist then please contact Letterkenny Gardaí. If anyone (Taxi drivers) etc. were parked up or driving through that part of town on that date, are being asked to check their dash cam footage to ascertain whether they may have captured the male involved on there. Gardaí may be contacted on 074-9167100 or the Garda Confidential line may be contacted on 1800 666 111.