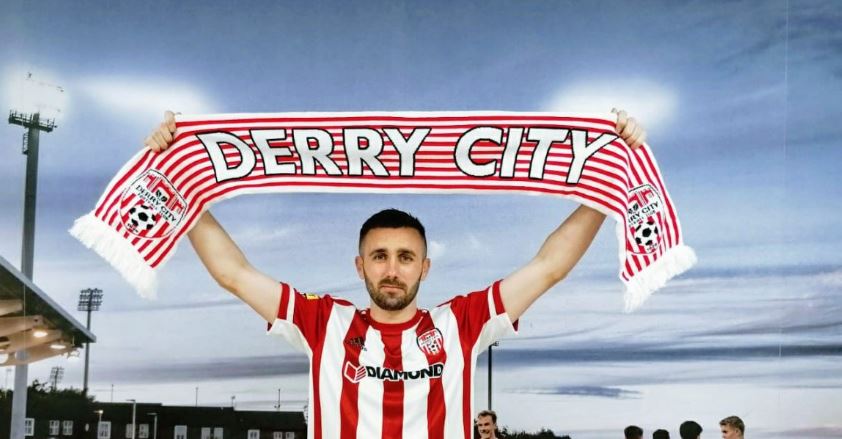 Danny Lafferty has returned to his hometown club of Derry City.

The defender agreed a two year deal on Thursday and become's Derry City’s first new signing of the close season.

The 31-year old arrives at the club from Shamrock Rovers where he spent the last 14 months following his release from Sheffield United.

Lafferty was part of Stephen Kenny’s First Division winning squad of 2010, having returned home to the North West after a spell at Celtic.

City boss Declan Devine told the club website, "Danny is precisely the type of player we want here. He knows what the club means to the people of Derry and he brings a wealth of quality and experience.”

“He is the right fit for the system we’re looking to play and is a fantastic signing for this football club.”