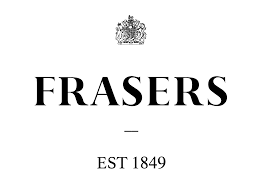 It's been confirmed that Frasers is to replace Debenhams at the Foyleside in Derry with the creation of 200 jobs for the North West.

The off-market deal, handled by property advisor, Savills, will see the opening of a new Frasers department store at the centre next year - similar to its anchor store at Victoria Square in Belfast.

Foyleside is one of the largest retail destinations in Northern Ireland with over 51 shops, cafes and restaurants including, Dunnes, M&S, H&M, Boots, Clarks, Next and River Island to name a few.

Paul Wilson, Director of Retail at Savills who brokered the commented:

“We were aware of the necessity for Debenhams to adapt and change its in-store offer to meet changing consumer demands and in the case of Folyeside, this was likely to require a store downsize and lease re-structure.

“As retained consultants and leasing agents to the landlord of Foyleside, we were very aware of the risk associated with the Debenhams covenant and likely capital expenditure required to reconfigure the store and re-purpose the surplus space which would have been created. Knowing the limited pool of end users for this space and that Debenhams business was likely to enter a CVA, we pursed Frasers and successfully struck a deal to sell the freehold interest. The Debenhams CVA gave Frasers the ability to secure vacant possession from a landlord break clause, but a liquidation will speed the process.”