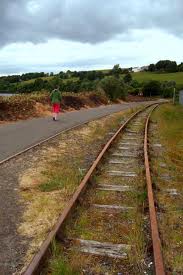 The Transport Minister has expressed further interest in the possibility of rail being restored to Letterkenny.

Campaign group ‘Into The West’ met with Minister Eamon Ryan over the weekend to discuss improved rail provision for the north-west.

The Minister also confirmed that he’s working with Stormont Infrastructure Minister Nichola Mallon on a comprehensive review of the rail network across the island.

Among the topics discussed were : a new rail service from Derry to Letterkenny ; extending that service through Donegal to Sligo, and a new direct rail line from the North-West to Dublin.

Into The West Co-Chair, Steve Bradley has renewed hopes since the meeting: