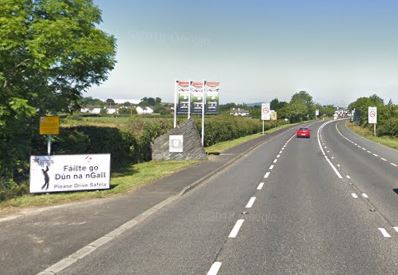 Finance Minister Pascal Donohoe has said he will meet with the Cross Border Workers Coalition in the new year.

The group has welcomed the minister's commitment, which follows a Dail discussion on the taxation issues facing cross-border workers early during consideration of the Finance Bill.

Pascal Donohoe made the commitment in response to an amendment which was tabled at Report Stage of the Finance Bill by Donegal Deputy and Sinn Féin Finance Spokesperson Pearse Doherty.

He called on the government to prepare a report on the operation of income tax relief for cross-border workers.

The Cross Border Workers Coalition claim that employees who live in the Republic but work across the border are largely prohibited from remote working, and are subject to a 'double tax' on their income should it be determined that they have worked from home or within the Republic of Ireland.

The coalition has been calling on the Irish Government to urgently review the situation, in light of the fact that companies across the island have been instructing their staff to work from home in light of the pandemic.

The Revenue Commissioners granted a temporary exemption for the duration of the pandemic, but the coalition says there is a growing realisation that a permanent solution is required to reflect what are likely to be new ways of working long into the future.