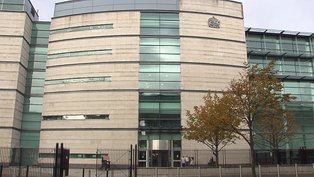 Two men, one of them from Derry, have appeared in court in Belfast charged with the murder of Dublin criminal Robbie Lawlor.

The 36 year old, who has previously been linked to the murder of Keane Mulready Woods - was shot in north Belfast earlier this year.

They are both charged with the murder of Lawlor - who was gunned down outside a house in the Etna Drive area of Ardoyne in April.

They are also charged with being in possession of a star pistol 9 mm with intent to endanger life.

Appearing via videolink - when asked if they understood the charged - both replied yes.

The district judge adjourned the case until the 8th of January.