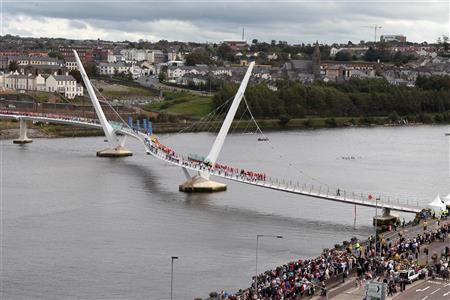 Derry City and Strabane District Council have unanimously supported a proposal to allocate £50,000 between two local charities as part of its wider commitment to helping to alleviate hardship experienced by local people.

The recommendation to support the joint Christmas campaign led by St Vincent de Paul and the Salvation Army, was made by Council's Welfare Reform Working Group, and came before a reconvened meeting of Full Council.

It was also agreed at the meeting that Council would commence the process to seek an additional £50,000 towards hardship support, including writing to the NI Executive.

Earlier in the week members of Council's Governance and Strategic Planning Committee heard an update from the Working Group which stressed the urgency for some form of intervention in the run up to Christmas.

At Fridays virtual meeting Members formally approved the funding and also called on local businesses to lend their support where they can to local charities such as the Salvation Army and St Vincent de Paul who are working to alleviate hardship.

Welcoming the decision, Mayor of Derry City and Strabane District Council, Councillor Brian Tierney said he was delighted to see Council being proactive on behalf of those in need at this very difficult time.