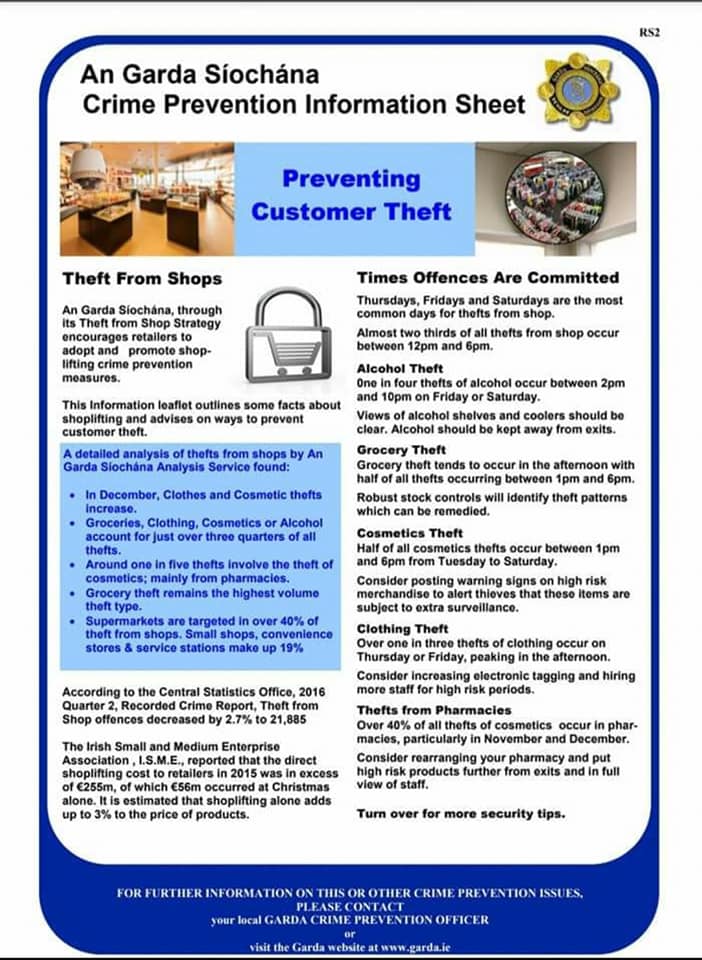 It comes as a female was arrested for shoplifting offences at a number of stores in Letterkenny yesterday.

Gardai say she was charged to appear in Letterkenny District Court on a later date.

To discuss security measures for business premises, the Crime Prevention Officer can be contacted at Letterkenny Garda Station. Further information can be found on www.garda.ie/en/crime-prevention