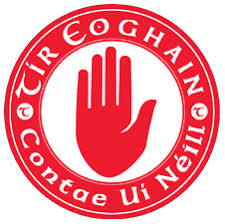 Tyrone GAA  have confirmed Fergal Logan and Brian Dooher as the  new joint managers of the Tyrone Senior Football team.

The duo have been appointed and ratified for a 3 year period.

Mickie Donnelly was the other name on the table but withdrew his candidacy to replace Mickey Harte on Wednesday afternoon.

Logan has also added Collie Holmes and Joe McMahon to his backroom team while Peter Donnolly has left Monaghan and takes up a coaching role with his native county.

Dooher, Holmes and McMahon were All Ireland winners under Mickey Harte while Logan managed Tyrone to All Ireland Under 21 success in 2015.