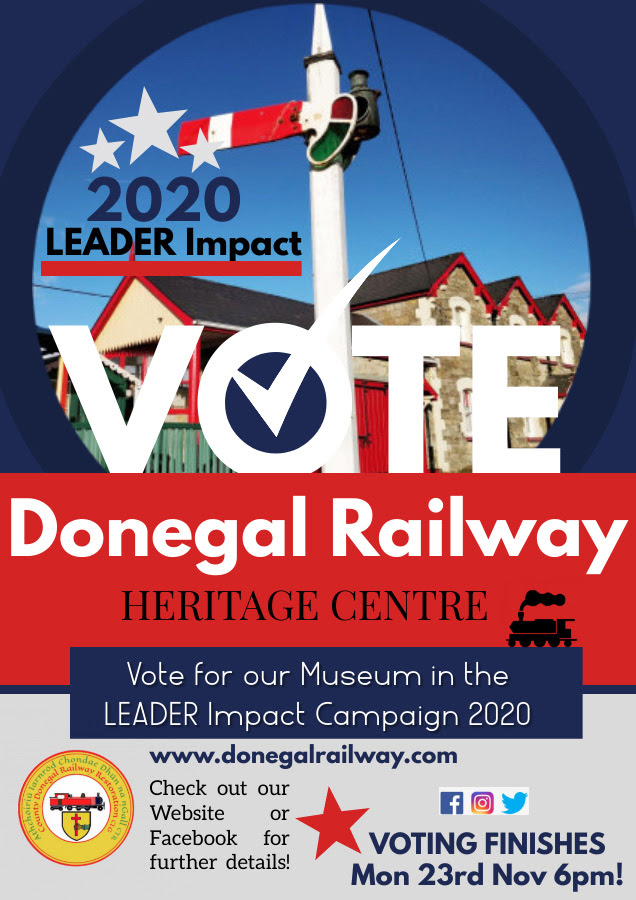 Donegal Railway Heritage Centre are inviting the public, if they haven't already, to vote for them in the National Rural Networks Impact campaign.

Voting can be done on donegalrailway.com with voting will closing at 6 this evening.

Donegal Railway Heritage Centre has been shortlisted in the National Rural Network's (NRN) Impact campaign to celebrate the impact of the LEADER Programme.

The programme has been in operation in Ireland since 1991, on Rural Communities across Ireland.

The Museum had received funding for the production of a number of publications, as well as more recently to make up the shortfall in the landmark capital project to bring the famous Donegal steam engine, back to the museum.

Entrants to this campaign were asked to prepare a short video detailing the impacts of their LEADER funded projects.

The public are invited to vote up until 6pm this evening. The entries with the highest number of votes will be deemed the winners.