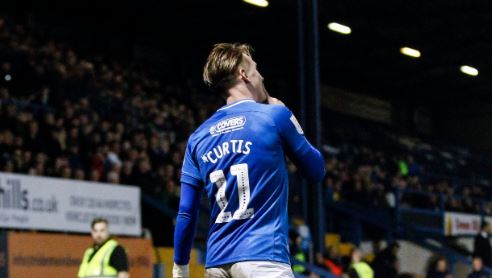 Ronan Curtis was back amongst the goals on Saturday afternoon as he bagged a brace in Portsmouth's 4-1 win over Crewe.

The former Derry City man had Pompey, two up before second half goals from Tom Naylor and John Marquis helped move Kenny Jackett's side into fourth in the table.

It was a good week for Curtis, who earned a start in Ireland's 0-0 draw with Bulgaria in the Nations League on Wednesday night.

Watch below as the 24-year-old gave his thoughts to the Portsmouth YouTube channel, after Saturday's win.

October 26, 2021
A number of people have been arrested in connection with the theft in a shop in Letterkenny. Yesterday, Gardaí were alerted to the fact...