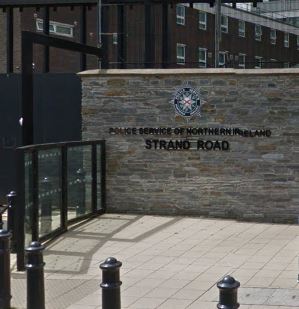 It's emerged a man was threatened with a handgun in the Westway area of Derry on Tuesday of this week.

Detectives at Strand Road say the man was leaving his home when he was approached by 3 males, one of whom is believed to have been armed with a handgun, and threats made to both him and has family.

They say they have been conducting enquiries in the area over the last few days and it is evident that the community is shocked and angry at this incident.

Police are appealing to any witnesses, or anyone who has dashcam footage to come forward.

Meanwhile, a man has been arrested following what police are treating as a spate of linked incidents in Derry this morning.

They include car theft, subsequent collision and an attempt to set the car on fire.

Shortly before 8:45am it was reported that two men stole a Silver Fiesta from outside a house in the Clon Elagh area.

A few minutes after it was stolen it was reported the car collided with another vehicle on Buncrana Road before making off.

It is then believed that around 9:25am two men driving a silver Fiesta approached the driver of the postal van in the Blighs Lane and threatened him before removing parcels and making off towards the Bogside.
The Silver Fiesta was the subsequently abandoned at Miller Street where an attempt was made to set it on fire.
A man has since been arrested in connection with these incidents and is currently in custody.

Enquiries into all incidents are on-going and anyone with information is asked to call the non-emergency number 101.