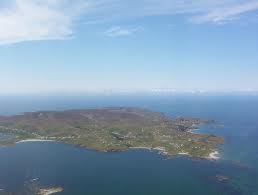 The Arranmore Island Co-op has received funding to carry out a study on a proposed Blueway project.

The initiative would extended the greenway in Burtonport onto Arranmore via the ferry, offering a walking or cycling route from a mainland setting to an inhabited offshore island.

Cllr Michael Cholm MacGiolla Easbuig says this would complement the Arranmore foreshore development project which has just gone to tender, encompassing a car park, a playground and outdoor performance area.

He's confident funding will be forthcoming to finish the Blueway project: