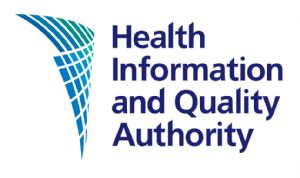 A damning report has identified 15 issues of non-compliance during a recent inspection of a Donegal nursing home.

Larissa Lodge at Carnamuggagh in Letterkenny provides care to 40 residents over the age of 18, both male and female who require long-term and short-term care for the likes of rehabilitation and respite.

The unannounced HIQA inspection was carried out at the centre in August in response to a number of concerns received by the Chief Inspector during and following a Covid-19 outbreak there in April during which 4 residents died.

The provider has since set out a plan in response to the issues highlighted in the report, including hiring more staff while the infection control plan has been reviewed.

The provider submitted a notification of an outbreak of COVID-19 in the centre to the Chief Inspector on 2nd April 2020. During the course of the outbreak, the provider had access to a sufficient supply of PPE and access to COVID-19 testing for staff and residents via the community services Crisis Management Team.

The provider and the person in charge worked with nursing and care staff in order to maintain staffing levels in the centre throughout the outbreak.

It's reported that there had been significant changes in the designated centre following the outbreak
which included a high level of staff turnover and a change of person in charge.

Inspectors found the provider did not have adequate oversight of the service and as a result a number of regulations were found to be non-compliant.

The arrangements for monitoring the quality and safety of care being delivered to residents were found to not be robust and did not provide assurances that care and services were delivered in line with the centre's statement of purpose.

This was reflected in the fact that inspectors issued three immediate and one urgent action plan during the course of this two day inspection.

The three immediate action plans were implemented prior to the end of the inspection and the improvements were monitored by the inspectors following the inspection in order to ensure that staffing levels were maintained.

The staffing levels and skill mix were found to not be appropriate to meet the needs of residents taking into account the layout of the designated centre. Inspectors observed call bells not being answered in a timely manner and the a lack of staff available to support residents at lunch time.

The report says this was verified by the residents who told the inspectors that they did not always feel safe in the centre with current staffing levels and the number of new staff working in the centre.

Inspectors also noted an accident which resulted in a resident receiving an injury and requiring treatment in hospital that had not been notified to the Chief Inspector as required within three working days.

Infection control practices were non compliant and did not meet the current best practice guidance.

Managers and staff were found to not be familiar with the current guidance in relation to the prevention and control of COVID-19 infections in long term care facilities.

The report highlights that there was a lack of oversight of infection control practices which resulted in poor practices going unnoticed by the management team. As a result residents were not adequately protected against infections.

Inspectors found that poor medication management practices over a period of weeks had gone undetected by the management team that resulted in a number of medication errors not being identified.

The provider recently stopped visits in the centre due to the increased risk in three other counties in the country which inspectors say there was no clear rationale for the complete cessation of visits in the centre and the restrictions were not in line with the public health guidance at the time.

An allegation of verbal abuse by a member of staff had not been investigated and followed up in line with the centre's own policies and procedures.