The second tranche of commercial rates rebates has been issued to local authorities across the country.

Housing and Local Government Ministers Darragh O’Brien and Peter Burke have written to the acting Chief Executive of Donegal County Council to reiterate their support for local government.

Minister O’Brien said the commercial rates waiver will mean that the local government sector won’t be at a loss or having to make ‘either’ ‘or’ decisions when it comes to providing vital services for people.

The letter states the government is very aware that commercial rates are the backbone of local authority income, which means that services such as playgrounds, sports facilities and library services can keep operating.

As Donegal County Council prepares for its budget meeting in the coming weeks, Minister Burke says he will continue to advocate for and work on behalf of local authorities across the country to ensure they can continue to provide key services at the heart of our communities. 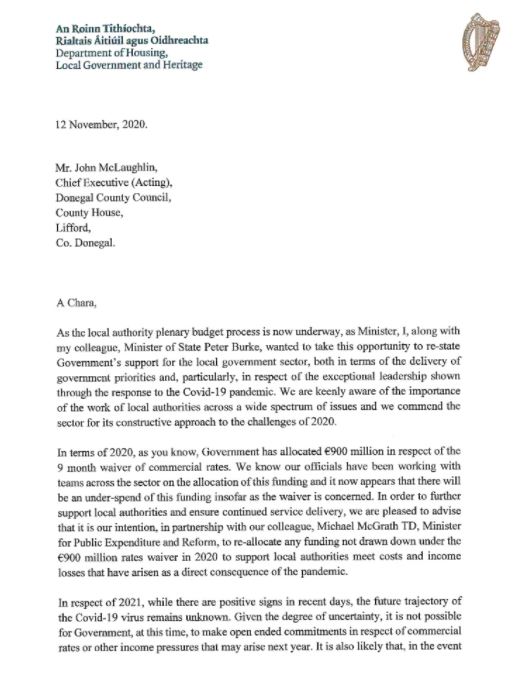 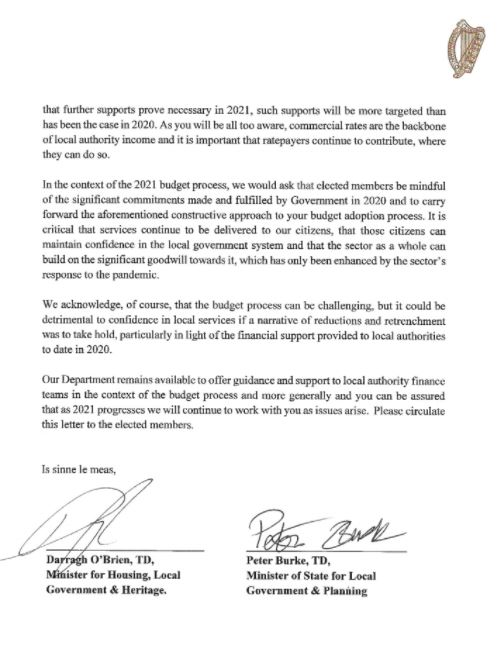