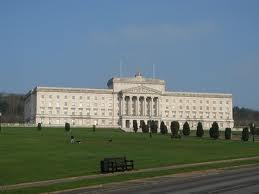 Northern Ireland ministers have until midnight to agree another set of Covid-19 restrictions.

Stormont couldn't reach consensus for the third day in a row last night.

The current four-week circuit-breaker lockdown runs out at midnight tonight in Northern Ireland.

A proposal from the Alliance Party which would see a week extension was rejected, as was an idea from the DUP to allow some parts of the hospitality sector to reopen.

791 new cases of covid-19 were detected in Northern Ireland yesterday - as well as eight new deaths.

Stormont now has until midnight to agree a way forward for northern Ireland, with Deputy First Minister Michelle O'Neill saying yesterday more people will die if the restrictions aren't extended.