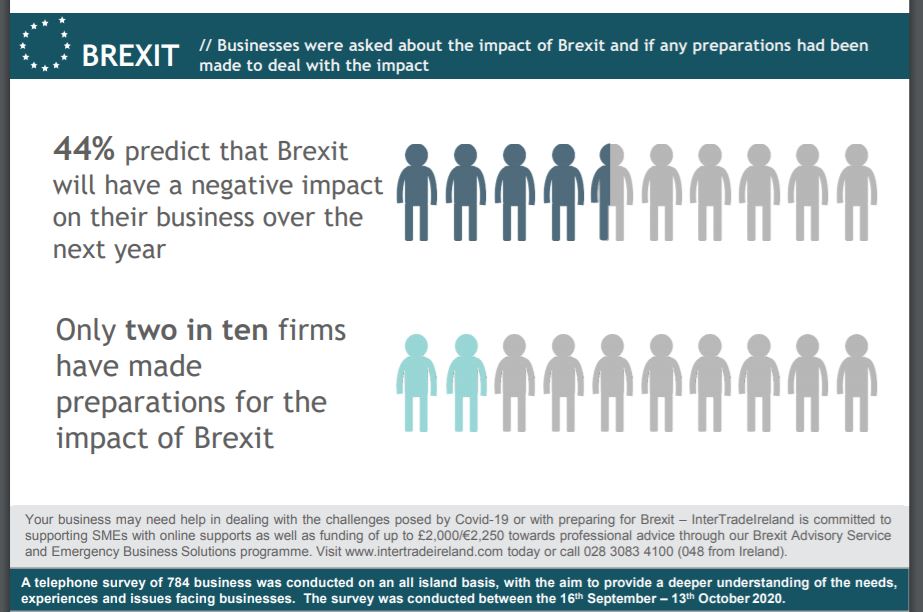 A Cross Border business survey suggests the impact of Covid-19 has wiped out any hope of a smooth Brexit transition, with a record number of businesses struggling to survive.

The study by Intertrade Ireland says in the space of just six months the economy has shifted from a position in which less than 10 per cent of businesses were in a negative state, to a position where half of all companies surveyed report they are in decline, or even worse. 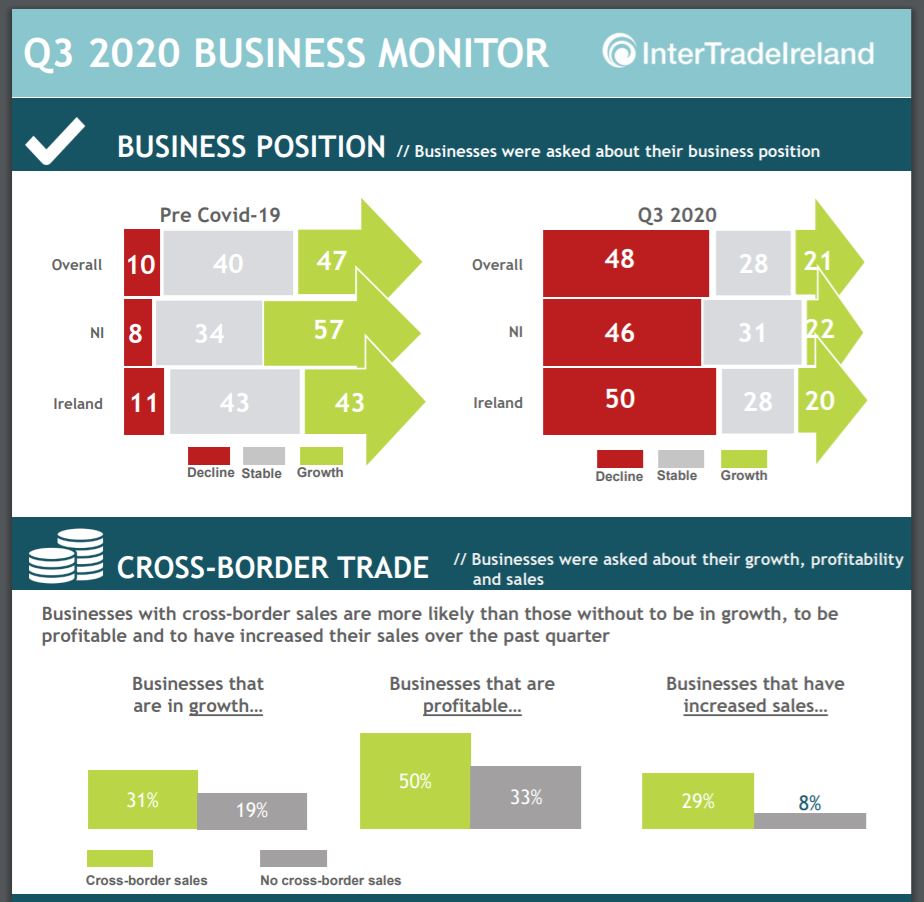 Spokesperson Aidan Gough says Covid-19 has hit all sectors, and now Brexit is looming on the horizon.......

InterTradeIreland’s latest business monitor shows the unprecedented speed at which the economy has somersaulted from  relatively healthy to one where record numbers of businesses are struggling to survive.

In stark terms, in the space of just six months the economy has shifted from a position in which less than 10 per cent of businesses were in a negative state, to a position where half of all companies surveyed report they are in decline, or even worse. 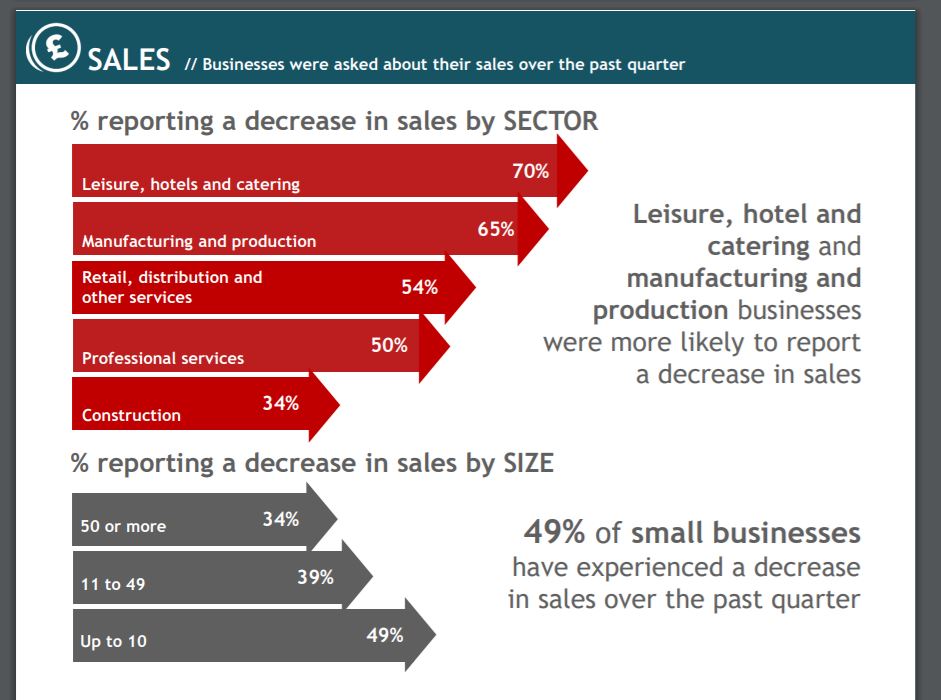 InterTradeIreland’s designated officer Aidan Gough says: “There is no sugar-coating the difficulties faced by so many firms. Nearly 60 percent of businesses are facing serious falls in demand, loss of confidence and cash flow issues.”

“InterTradeIreland is doing all it can within its legislative remit to help. What is becoming clear, is firms that can innovate and pivot are better able to weather the storm. Through our range of innovation supports and specific emergency response initiatives, we can help businesses as they try to adapt.”

Covid-19 has hit some sectors harder than others, with those in leisure and tourism impacted particularly badly. However, it seems that no sector is really immune. The business monitor reveals over half of manufactures and professional service firms are reporting a decrease in sales. Business size has offered no shelter, with big firms just as likely to be impacted hard as small firms.

The survey also shows companies that trade across the border are faring better than their non-exporting counterparts. Just under a third of cross-border traders are reporting growth, while half say they are profitable.

Against this backdrop, Brexit is looming, with only 18 per cent of firms reporting they are prepared for the end of the UK transition period.

“The trading relationship between the UK and the EU is set to change on January 1st 2021. While recognising the existential crisis faced by many businesses, doing nothing is not an option.

“There is still time to take action and InterTradeIreland has launched a new campaign to let SMEs know we are here to help them. As businesses face two major challenges in the space of a few months, we offer cross-border trading supports to help them manage, survive and hopefully thrive,” Aidan adds.