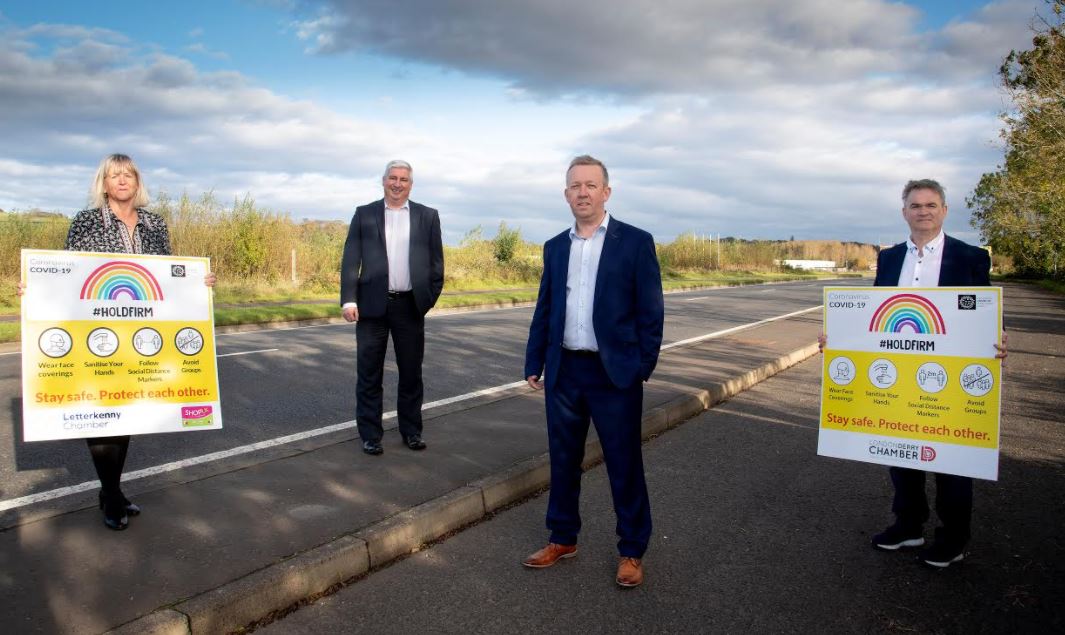 A new survey has revealed that 81% of Donegal and Derry businesses are not planning on hiring new staff in the next year.

The joint survey of over 130 North West businesses between the Letterkenny and Londonderry Chambers of Commerce revealed serious challenges for companies in the region over key issues like Covid-19 and Brexit.

A further 58% of companies have said they foresee making cuts this year to protect their business and already badly hit revenue streams.

The Chambers are calling on the governments in Stormont, Westminster and Dublin to work collaboratively with business to reach solutions around pandemic restrictions which allow companies to continue trading, or to properly compensate them if their doors are forced shut or they experience a fall in trade.

Despite the current dominance of Covid-19 for businesses on both sides of the border, firms are still seriously concerned about the potential impact of the end of the transition period at the end of this year also.

72% of respondents said Brexit would have a damaging and negative effect on their businesses in both the short and long term. Businesses have several outstanding concerns ahead of 31 December including increased paperwork and bureaucracy, barriers to trade, loss of business and customers, exchange rates fluctuations, supply chain interruptions, and access to skills and workforce.

A significant proportion of North West businesses – over a fifth – have not made any specific preparations ahead of the end of the transition period, while only 5% have reported signing up to the UK Government’s new Trade Support Service.