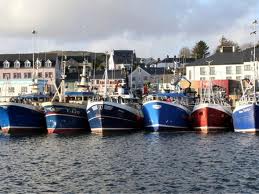 A Donegal Deputy is urging the Government to 'hold the line' as it relates to the fisheries sector in the Brexit negotiations.

It's thought that the sector is under the biggest threat in terms of the on-going talks and the increasingly likelihood of a no deal Brexit.

Speaking in the Dail, Deputy Padraig MacLochlainn says Ireland is set to lose up 38% of its catch if an agreement is not reached.

Deputy MacLochlainn says the Common Fisheries Policy needs to be revisited as a last resort: