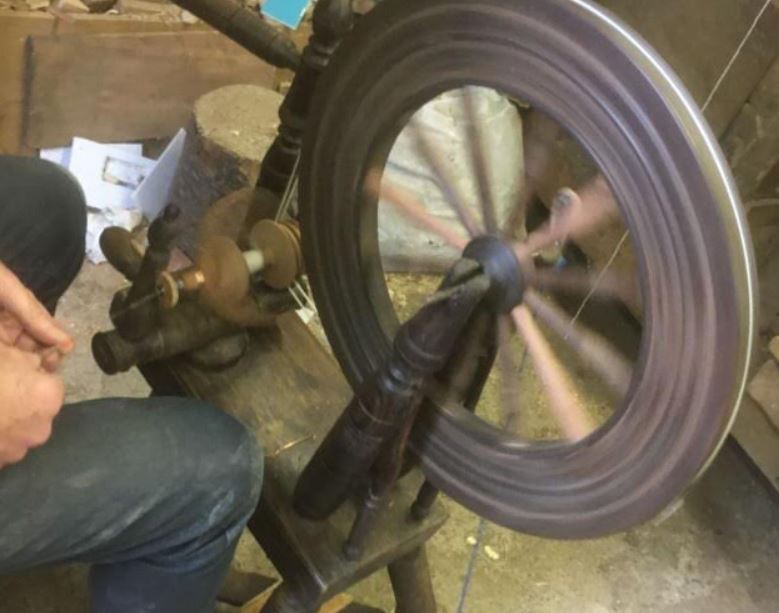 Two Donegal projects were successful at the National Heritage Awards this morning.

The on-line event, hosted by The Heritage Council, saw the ‘Heritage of Education’ Award go to the Rathmullan and District Local History Society for their ‘Rathmullan goes back to School' project during Heritage Week. 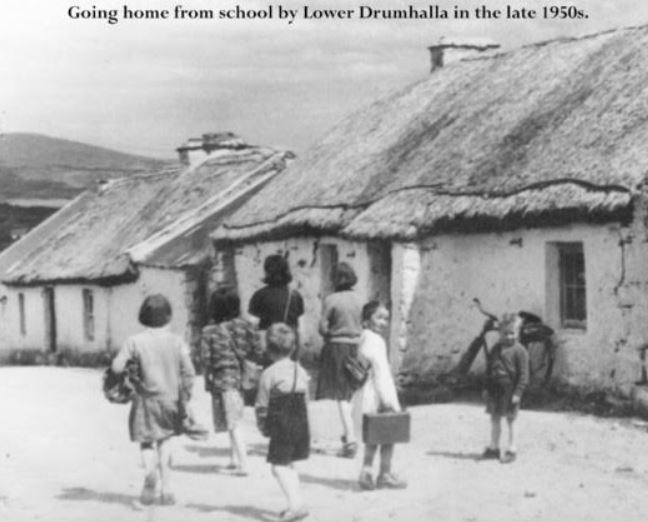 Meanwhile, the ‘Re-Learning Skills from Our Heritage’ Award was won by Johnny Shiels, a third-generation wheelwright from Glenswilly, for his restoration of a rare, old Donegal flax and wool spinning wheel.

The efforts of individuals, families and community groups across Ireland to preserve and promote our heritage were recognised at the National Heritage Awards that were held today, Tuesday, 20th October, 2020.  The on-line event, hosted by The Heritage Council and presented by RTÉ broadcaster Anne Cassin, saw two County Donegal Heritage Week project organisers win two of the top awards.

The ‘Heritage of Education’ Award was won by Rathmullan & District Local History Society for their project entitled ‘Rathmullan goes back to School for Heritage Week’.  The Rathmullan & District Local History Society set out to record the intangible heritage of schooldays including the friendships, sports, games played, songs and lessons remembered, the customs and the ways of life in school and in the local community.  The project was chosen to encourage a sense of connection which would involve the whole community.  The first part of the project used their recently-created Facebook page to showcase the histories, stories and photographs of their townlands, and the group also produced a video based on earlier interviews with former pupils in the school from the late 1930s to 2005.

The ‘Re-Learning Skills from Our Heritage’ Award was won by Johnny Shiels from Glenswilly.  Mr. Shiels is a third-generation wheelwright and this project involved the restoration of a rare, old Donegal flax / wool spinning wheel.  Assisted by his two sons, this project saw the passing of knowledge of wheel-making and restoration across generations.  Mr. Shiels used digital technology and social media to share the process of the restoration with a wide audience, and plans to engage with local schools to teach pupils about spinning and weaving, and to ensure continued interest in the project and the tradition itself.  Mr. Shiels is one of the heritage experts on the ‘Heritage in Schools’ programme administered by The Heritage Council.

Two other Donegal-based heritage projects were singled out for recognition at the National Heritage Awards too.  The Disert Heritage Group were runners-up in the ‘Heritage on Your Doorstep’ Award category for their project entitled ‘Why is Disert important to me?’.  In this project, the group produced a series of short videos about the connections people have to the early medieval monastic site of Disert, in Inver parish, in the foothills of the Bluestack mountains.  Each day over the course of National Heritage Week, these videos were shared on Facebook and on the Disert Heritage Group website.  Contributors ranged from people in their 20s and people in the 80s, with contributors working with a friend, relative or a member of the committee to record their account, thus combining the technical skills of younger generations with the memories and stories of older people.

As part of this year’s awards, The Heritage Council also expanded the National Heritage Awards to include an award for the best project in each county across the island.  The Donegal GAP Heritage & History Group won the County Heritage Award for their lockdown project entitled ‘Stories in Our . . .’  When the group realised that they would not be able to hold a live event for Heritage Week, they decided to capture people’s memories of objects, places or events relating to our culture and heritage.  As well as posting this information on their Facebook page, they produced an illustrated, bi-lingual on-line presentation on the National Heritage Week website (www.heritageweek.ie).

“The COVID-19 pandemic presented distinct challenges to planning and delivering National Heritage Week projects this year” said Joseph Gallagher, County Donegal Heritage Officer.  “The response by Donegal-based heritage groups, communities and individuals has been remarkable and their hard work is reflected and rewarded in the National Heritage Awards.  For the second year in a row, two National Heritage Awards will be coming to County Donegal.  The success of Heritage Week rests with project organisers like Rathmullan & District Local History Society and Johnny Shiels who designed and delivered these projects voluntarily to raise awareness, encourage appreciation and promote better understanding of our local heritage.  Their recognition as the best in their award category is all the more impressive when you consider the increasing quality of, and competition from, Heritage Week projects nationwide.  The achievements of the Disert Heritage Group and the Donegal GAP Heritage & History Group further underlies the potential of the proactive heritage sector in the county.  All of these projects highlight the need to invest in our natural, built and cultural heritage as it reinforces our sense of place, supports our well-being, provides local employment, supports our local economy and is the bedrock of our tourism industry.”

Commenting on the National Heritage Week Awards, Minister of State for Heritage and Electoral Reform, Malcolm Noonan TD, said: “The annual National Heritage Awards offer important recognition of the tireless work undertaken by people – not just during National Heritage Week, but year-round – to ensure the story of Ireland’s heritage continues to be told in a meaningful way.  I am delighted to see the interest and excitement generated by the Awards among communities across the country, and offer congratulations to all winning and nominated projects.”

Chief Executive of The Heritage Council, Virginia Teehan added: “Although National Heritage Week took place against the challenging backdrop of the public health emergency, I am buoyed by the remarkable response from people across the country to get involved with this year’s changed event regardless. This is clearly reflected in the sheer number of projects which were submitted for all to browse and enjoy, all of which were considered for a National Heritage Award.  I believe this year’s event and the circumstances surrounding it will go far in opening Ireland’s heritage up to even broader and more diverse audiences, ensuring increased access and understanding well into the future. It has also shown how digital technology, including social media can be readily deployed to facilitate engagement with our heritage, particularly among younger generations, whose interest must be nurtured from an early age. On behalf of everyone at the Heritage Council, I offer sincere congratulations to not only the winning and shortlisted organisations, but to all those who were nominated and involved in the organisation of National Heritage Week projects.”

Other award winners at the National Heritage Awards were Christy Cunniffe from Clonfert, County Galway who won the ‘Heritage Hero’ Award; the Killeshandra Tidy Towns Heritage Group from County Cavan who won the ‘Heritage on Your Doorstep’ Award and the Ellen Hutchins Festival in Bantry, County Cork that won the ‘Water Heritage’ Award.