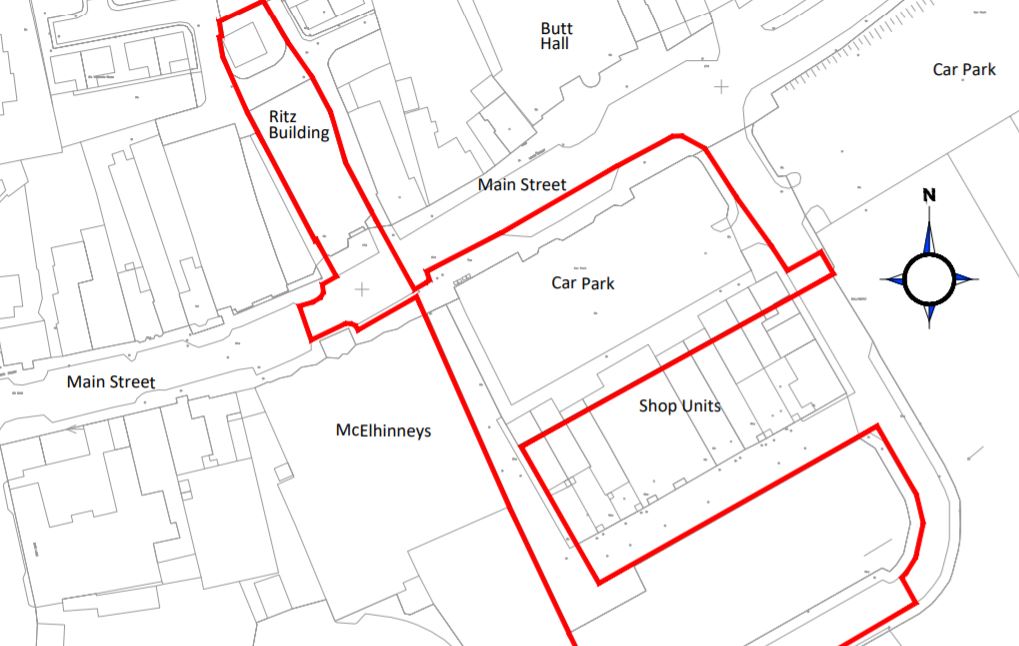 Today is the last day that physical plans for a proposed Town Regeneration Project in Ballybofey can be inspected, with another two weeks for comments and submissions to be made.

Donegal County Council and the Ballybofey and Stranorlar Integrated Community Council have published plans for a civic space outside the shopping centre beside McElhinneys, and a major project at the old Ritz Cinema. 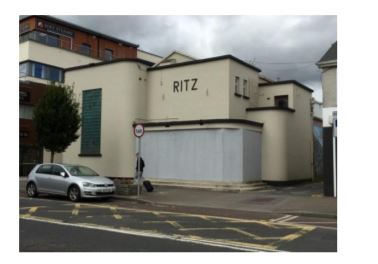 The SEED project involves a number of elements.

They include the demolition of the double height auditorium block at the northern end of the former Ritz Cinema, with the front facade and entrance block to be restored and refurbished, along with the addition of a new extension.

It's envisaged it will be used as an Enterprise building.

A new two story car park will be developed, with the existing public car park outside the shopping centre opposite the Butt Hall and Balor Theatre to be redeveloped into a civic space. 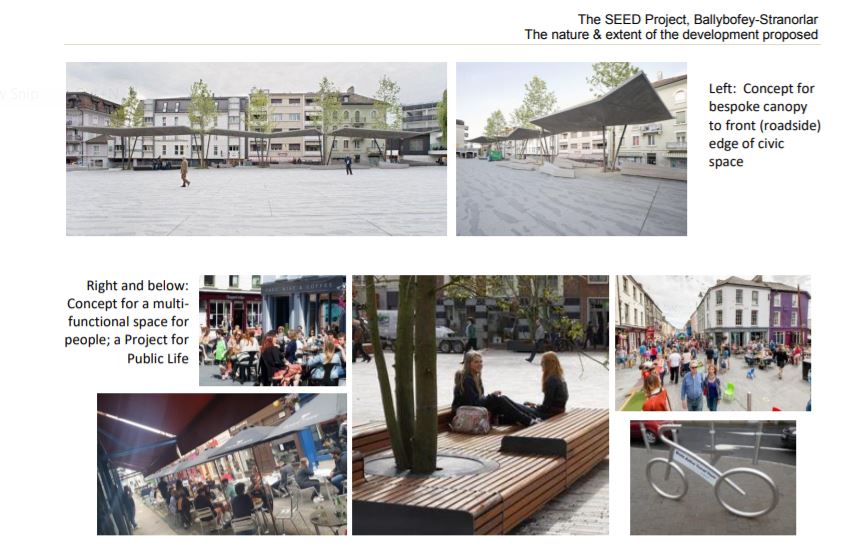 The plans are available online, and they can also be viewed by appointment until 4.30 this afternoon at County House in Lifford or the Base Enterprise Centre in Stranorlar.

Submissions and observations may be made in writing to The Co. Secretariat, Donegal County Council, Lifford, County Donegal, before 4.30pm on Wednesday November 4th.

An outline of the plan can be found HERE