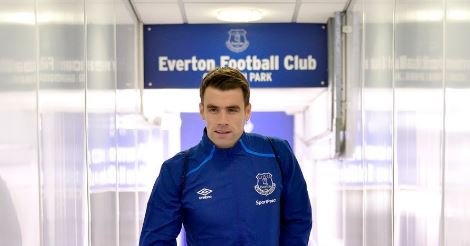 Seamus Coleman only lasted 31 minutes in the first of the Merseyside derby's this year as the hamstring injury that ruled him out of the Republic of Ireland's last three games relapsed.

The Killybegs man, had gone off injured in Everton's last Premier League game against Brighton and was forced to withdraw from the Republic of Ireland's 23-man squad but was passed fit for the visit of Liverpool.

The game itself was a thriller which finished 2-2 with Everton twice coming from behind to ensure a share of the spoils.