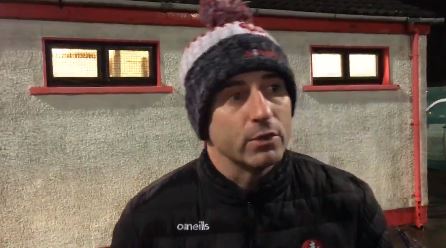 Derry resume their Division 3 league campaign on Saturday afternoon at home to Longford with the Armagh championship meeting  firmly on the mind of boss Rory Gallagher.

Like the rest of the counties, Derry have two league games remaining and should they win both of those against Longford and Offaly, they stand an outside chance of promotion should Down slip up.

The GAA's CCCC turned down the request by Longford this week to move the game out of Celtic Park because of Covid concerns.

Speaking with Oisin Kelly, Gallagher is expecting exciting performances from his side in the next two games with championship on the horizon...