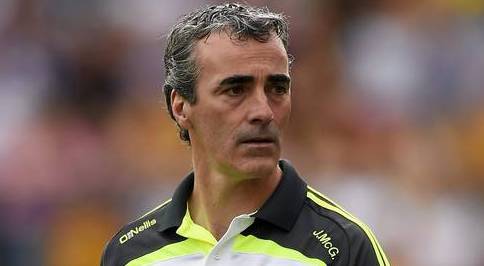 Galway Senior Manager Padraig Joyce has told Galway Bay FM Sport that Jim McGuinness was brought in yesterday as he felt that the team would benefit from his experience as they prepare for the resumption of the National League on Sunday when they face Mayo in Tuam Stadium.

The Galway Manager explained to Kevin Dwyer that he felt that the time was right to bring in the Donegal man.

The former All-Ireland winning player and manager with Donegal was pictured leading a training session with the Galway panel over the weekend. Padraig was asked was he disappointed that the footage of McGuinness and the Galway Footballers ended up on social media.