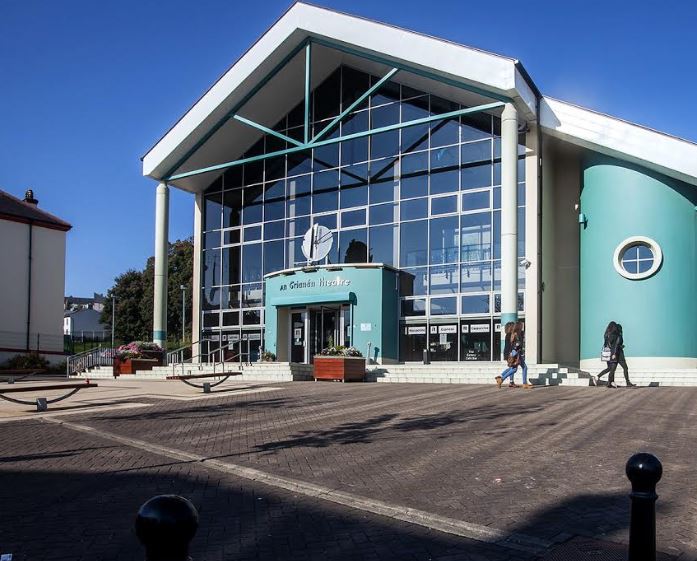 The first nationwide litter survey by business group Irish Business Against Litter since the Covid-19 crisis shows Letterkenny to be again ‘Clean to European Norms’, and ranked 16th spot of 40 towns and cities nationwide.

That's up two from the last survey at the end of last year, and bucks the national trend which has seen the number of participants deemed to be ‘clean’ fall to its lowest level since 2007.

The Letterkenny report noted particular improvement in the vicinity of Letterkenny University Hospital, with praise for the condition of Main Street, Church Lane, and the area around An Grianan Theatre.

The first nationwide litter survey by business group Irish Business Against Litter (IBAL) since the Covid-19 crisis shows Letterkenny to be again ‘Clean to European Norms’ in 16th spot in the ranking of 40 towns and cities nationwide, up from 18th last year. There was a dramatic fall in the number of towns and cities deemed to be ‘clean’, to its lowest level since 2007. Kilkenny was again judged best of the surveyed, with ‘seriously littered’ Dublin North Inner City at the foot of the table. The survey showed PPE litter to be widespread and a rise in the prevalence of cans and glass bottles.

The Taisce report for Letterkenny stated:

Another good performance from Letterkenny. It was great to see such an improvement at Letterkenny General Hospital - this had been a seriously littered site when surveyed last year – this time around it was deserving of the top litter grade.  The Main Street and Church Lane were looking particularly well, not just with regard to litter but also in terms of presentation and maintenance e.g. paving, seating, planting, street bins etc. An Grianan Theatre is a wonderful amenity which was in exceptionally good condition.  By far the most heavily littered site was a short stretch of road from the Long Lane – Windy Hall junction to the site of A McGovern Joinery  - there was a pronounced litter presence throughout.

An Taisce, who carried out the survey, deemed 23 towns to be ‘clean’, a fall of over 20% on last year. The number of towns reaching the highest cleanliness level – Cleaner than European Norms - dropped by a quarter to 9, with Kilkenny edging out Athlone, Killarney and Portlaoise at the top of the rankings. While no area was branded a “litter blackspot”, North Inner City Dublin was once again seriously littered, as was Galvone in Limerick City, which fell back from last year.

“The rise in litter levels this year is across the board,” says IBAL’s Conor Horgan. “The Covid crisis has seen more dumping, more outdoor socialising, especially drinking, and PPE litter, but less cleaning by local authorities and less activity by volunteers like Tidy Towns -  a perfect storm, in many ways, which has brought us to the worst position we’ve been in in over 10 years.”

In the fight against Covid-19, local authorities have curtailed cleaning schedules and diverted resources to other areas. At the same time, households have been generating more litter during lockdown and there has been a visible increase in drinking outdoors as pubs are closed, a fact borne out by the rise in bottles and cans found by the An Taisce inspectors, Galway City being one example. However, there was a reduction in cigarette butts, perhaps also a reflection of pubs and offices being closed. Half of all recycle facilities surveyed were heavily littered, another likely consequence of the Covid crisis.

PPE litter was prevalent across the country, with masks 5 times as common as gloves. “Understandably, people are reluctant to pick up these items for fear of contracting Covid, so they tend to stay on the ground. We need to see a rapid rise in the use of reusable masks,” says Conor Horgan.

The number of very bad sites within towns explained the overall deterioration in cleanliness. “It is a source of particular frustration that those sites which we had identified last year as heavily littered were – for the most part - not cleaned up in the interim.” Of 61 sites described as either heavily littered or blackspots in 2019, fewer than 40% were clean in this latest survey, among them Letterkenny Hospital. “We’ve been saying for years that the most immediate way to improve a town or city is to focus on the bad areas - clearly this is not being done.”

“In these exceptional times, when councils’ resources are stretched, civic responsibility is called for more than ever,” says Conor Horgan. “The mantra ‘we’re all in this together’ extends to the proper disposal of waste, not least waste that is prone to contamination.  With fewer people available or willing to pick up litter, the message has to be ‘don’t litter in the first place.’”

For An Taisce reports of individual areas see ibal.ie

Set up in 1996, Irish Business Against Litter is an alliance of companies sharing a belief that continued economic prosperity - notably in the areas of tourism, food and direct foreign investment - is contingent on a clean, litter-free environment.

As part of the IBAL Anti-Litter League, An Taisce monitors towns independently and in accordance with international grading standards.