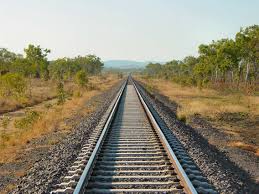 Derry is to be included in a feasibility study for a high speed cross border rail link.

The decision was taken at a North South Ministerial Transport Meeting last evening.

The meeting was also told there needs to be more support for City of Derry Airport from the Irish government.

There is a commitment in the New Decade New Approach document to conduct a feasibility study into a high speed rail link between Belfast, Dublin and Cork.

Last evening, Ministers Nicola Mallon and Eamon Ryan both agreed that the feasibility study will also include Derry and Limerick, with a view towards linkiing them into the initial proposal.

After the meeting. Minister Nicola Mallon said improving connectivity is key to enhancing the island wide economy. She said in that light, it's importasnt that Derry is now included to ensure that opportunities are inclusive, and extended to the North West.

Meanwhile, Derry Senator Elisha McCallion says she's disappoined Minister Eamon Ryan has confirmed that the Irish government does not intend to include City of Derry Airport in its Regional Airports plan.

She says support for the airport is one of the commitments in New Decade New Approach, and she called on Minister Ryan and his officials to look at ways that they can contribute towards maintaining and keeping the airport open.

October 19, 2021
The Taoiseach is urging everyone to double down on their efforts to prevent the spread of Covid 19. The Government has confirmed what restrictions can...