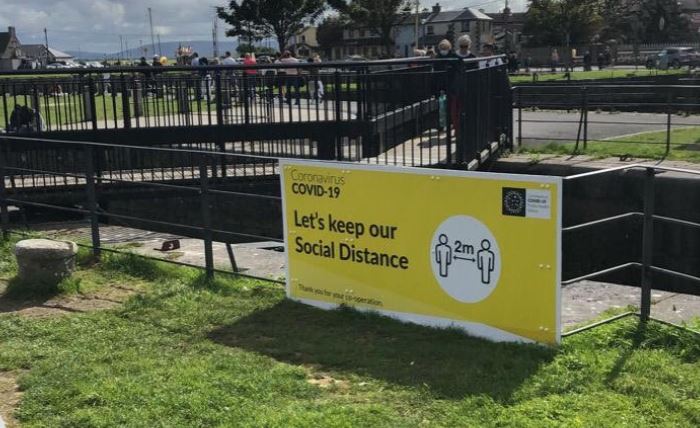 The government will consider today whether to place the country back into a second lockdown.

The National Public Health Emergency Team has recommended all counties be moved to level five restrictions.

The news on Saturday that there had been more than 600 cases of COVID-19 reported that day prompted an emergency meeting of the National Public Health Emergency Team.

Under the chairmanship of Chief Medical Officer Dr Tony Holohan for the first time since July, it's recommendation caught those in government buildings completely by surprise.

NPHET has said every county should move to the most severe level of restrictions and return to essentially a full lockdown.

Public Health Officials said level five is now needed for four weeks to deal with the increasing spread of the virus.

If adopted it would mean all social visits would be banned, travel restricted to exercise within 5 kilometres of your house and all but essential service work should be done from home.

All but essential retail shops would have to close and cafes & restaurants move to takeaway only for the entire month of October.

Anger and surprise greeted the news in government circles, with former Minister Barry Cowen calling it the nuclear option.

Some Ministers have wondered if NPHET is playing a political game - asking for level five when it wants level four and to perhaps scare people into changing their behaviour, though that would be out of character with how NPHET has acted to date.

But when the cabinet meets this afternoon they will want to know why such an escalation is justified - and there are fears about what the impact socially and economically will be.

The CMO will first meet with the coalition party leaders - and he'll have to convince them it's the right plan before trying to convince the country.