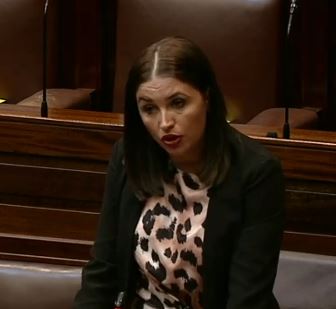 Senator Elisha McCallion has sought clarity on the Irish Government's commitment to delivery on a number of projects set out in the 'New Decade, New Approach' Agreement.

Senator McCallion told the Seanad this week that there cannot be another false dawn for the people of the North West.

She pressed the Government to state its commitment in particular, to the expansion of Magee, the long-awaited A5, the National Development Plan and the North West Inclusive Growth Deal.

Minister of State for EU Affairs, Thomas Byrne, responding to Senator McCallion says the Government is determined to deliver for the people of the region............