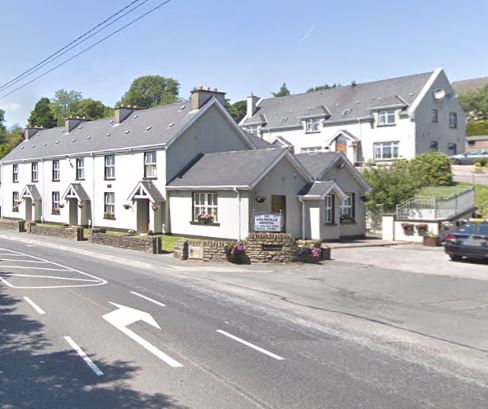 The Society of St. Vincent de Paul has announced that it is planning to transfer the management of nine of its ten hostels across the country to other homeless charities with specialist expertise in the sector.

The exception is St Colmcille’s in Letterkenny where there are 10 Units catering for women, men and families.

The society says the situation at St Colmcille’s is different to other hostels because of the physical structure of the buildings, and they are working with funders to continue to develop the service in Letterkenny.

The Society of St. Vincent de Paul (SVP) has announced that it is planning to transfer the management of  most its hostels to other homeless charities with specialist expertise in the sector.

The exception is St Colmcille’s in Letterkenny where there are 10 Units catering for women, men and families.

Dunia Hutchinson SVP National Manager of Homeless Services said,  “The situation in St Colmcille’s is different to our other hostels because of the physical structure of the buildings. We are working with your funders to continue to develop the service in Letterkenny in line with Housing First principles, and to focus supports for our service users though Outreach and Home Liaison.

”This approach  would allow the service to be delivered into the future within SVP’s volunteer-led Social Housing function, with a proposal for an own-door model of supported temporary accommodation service”.

“In effect, there will be no changes to the service currently being provided, but we will be working with the local funders  to put it on a clear footing making best use of the own-door premises we already have on site, and creating potential to scale the capacity more easily depending on shifting local need.

In relation to its other 9 SVP hostels in Carlow, Cork (2), Ennis, Limerick, Longford (2), Waterford and Wexford. the Society says that it believes that the move to transfer management to other homeless charities with experience in the sector. will benefit those who use the services of its hostels as managing homeless hostels is moving beyond the capacity of a volunteer-led organisation such as SVP

As most of the funding for the hostels comes from the state SVP is in discussion with the respective Local Authorities and the HSE to facilitate the transfer of its services.

SVP National Secretary Andy Heffernan says that as a volunteer-led organisation, the SVP structure is not suitable to fully adhere to statutory governance and management protocols in the sector and to the increased specialisation, which now exceed the capacity of SVP volunteers.

The transfer to new management at the hostels is scheduled to take place before the end of September 2021. “Our funders, staff, service users and their families where appropriate are being fully briefed with a view to organising smooth transfer of services.” said Mr Heffernan.

In tandem with these briefings SVP has been in discussions with fellow Vincentian organisation Depaul which has extensive experience in the sector.

Dunia Hutchinson said, “We are very mindful of the potential impact of this decision on services and are committed to managing  the process collaboratively with all the stakeholders at local and national level, and with our service users and staff interests at heart.

“We are determined to ensure that the eventual outcome will be a positive one for our services which have demonstrated, this year especially, how impactful they can be in the sector and how important the work is to the community.”