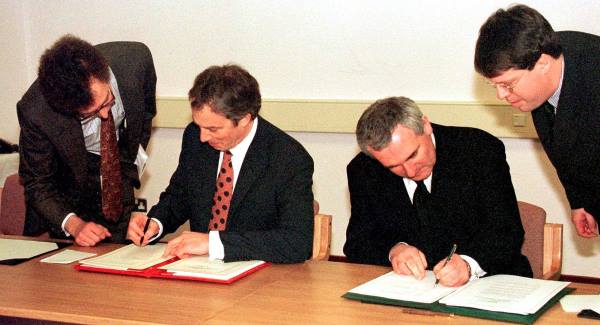 The North's Deputy First Minister's calling on Simon Coveney to 'stand up' for the Good Friday Agreement in the Brexit controversy.

Michelle O'Neill and the other three pro-remain parties from the North will have a meeting with the Foreign Affairs Minister in Dublin this morning.

It follows his meeting with EU leaders in Brussels this week.

The British Prime Minister's threatening to override the Brexit Withdrawal Agreement and break international law if he doesn't strike a trade deal with the EU.