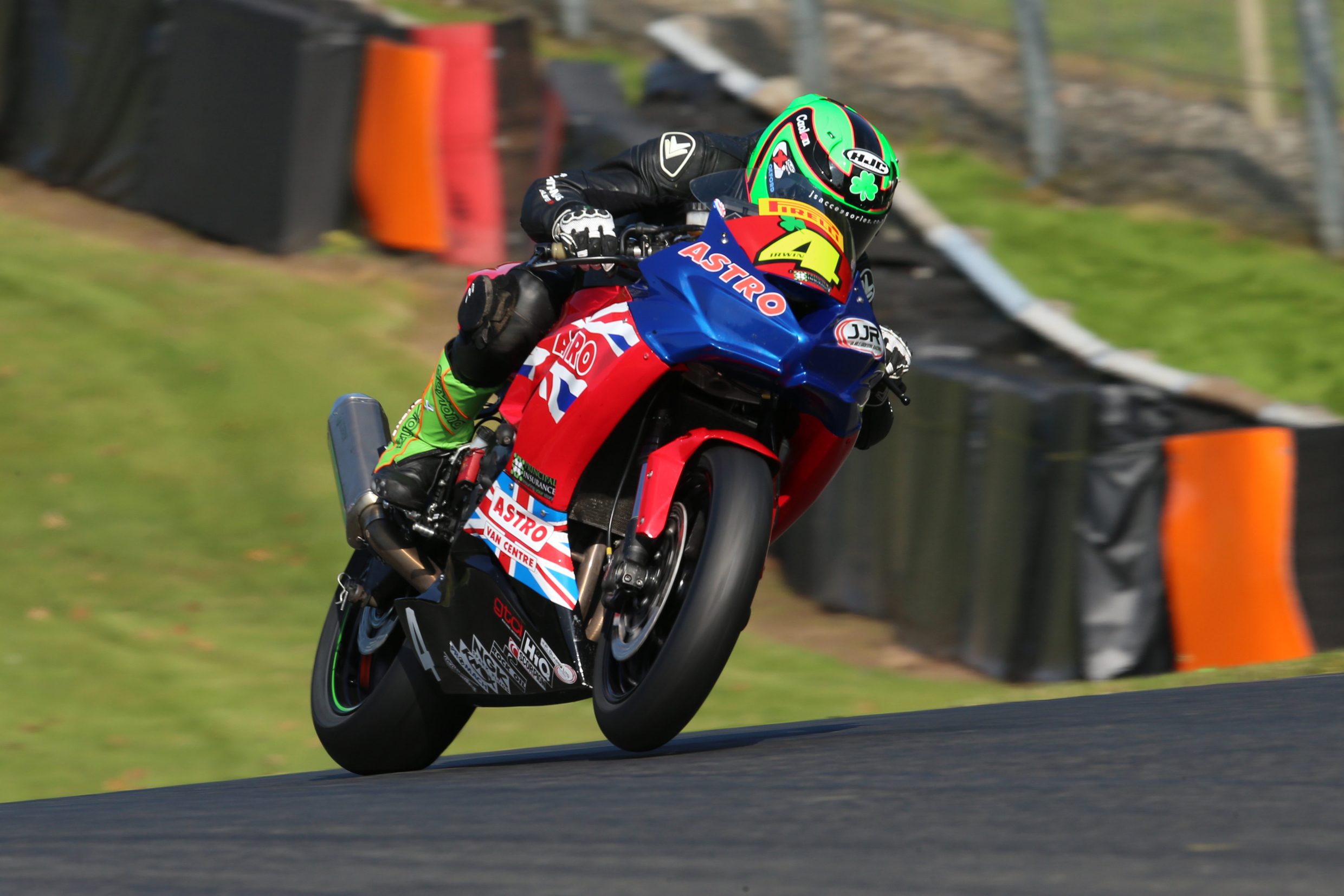 Donegal Motorcycle racing star Caolán Irwin got himself back to the front of the field as the British Superstock 600 championship hit Oulton Park this weekend, September 19th & 20th, for its first double header of the year. The Irish rider took two third place finishes along with fastest lap in race one and was in the hunt for race victory right up to the chequered flag in both races.

A steady start to the weekend saw Caolán fine tuning the set up of his Astro JJR Kawasaki in free practice one and two before pushing for the front in qualifying. From the beginning of Saturday's qualifying session the Principal Insurance and Astro Van centre backed rider was at the top of the time sheets but in the end was pushed off the front row in the dying seconds of the session to line up fourth for Saturday's opening race.

Race one saw Caolán move straight into third on the opening lap and he remained there, right on the tail of the leaders, throughout the race. The Kilmacrennan based rider was the quickest of the front runners as the race came to its closing stages but despite setting the fastest lap of the race he was unable to find a way past and had to settle for third at the flag.

The young Irish riders' time in race one gave him pole for race two and he was running at the front when the race was stopped. On the restart he again was part of the lead battle and moved up to second on the penultimate lap of the shortened race, only to be bundled back to third just as he was about to make a move for the lead. The result was a second podium at Oulton Park, which he had previously not gone well at and fourth in the championship standings.

“I've had a great weekend on a track that's far from being my favourite” said Caolán after race two. “That was the first time I ever really enjoyed riding at Oulton and credit has to go to the Astro JJR team for giving me a bike that I was so happy with and which was well capable of winning. The results have moved me up to fourth, which is a bonus as my championship challenge was virtually over when I fell off in Silverstone. We've got two more events to go and my aim is to have two more strong weekends and to go into the winter with a smile on my face. As usual I have to thank everyone who has supported me this year and helped me to make such progress over the season.”

Caolán Irwin will be back in British Superstock 600 action in two weeks time as the series returns to Donington Park on October 2nd to 4th.