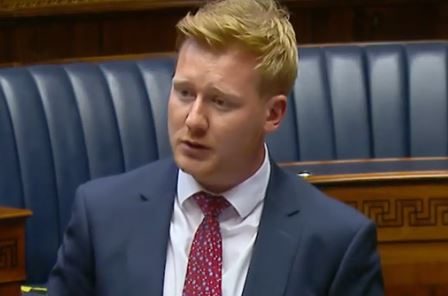 West Tyrone MLA Daniel McCrossan has confirmed that he has tested positive for Covid-19.

In a statement released this afternoon, he says on Tuesday he received a negative test result however, on the same day, a member of his household tested positive.

He says he has remained in isolation since and on Wednesday began to display symptoms of the virus and went for another test which gave a positive result.

The MLA's constituency office in Strabane is currently closed to the public.