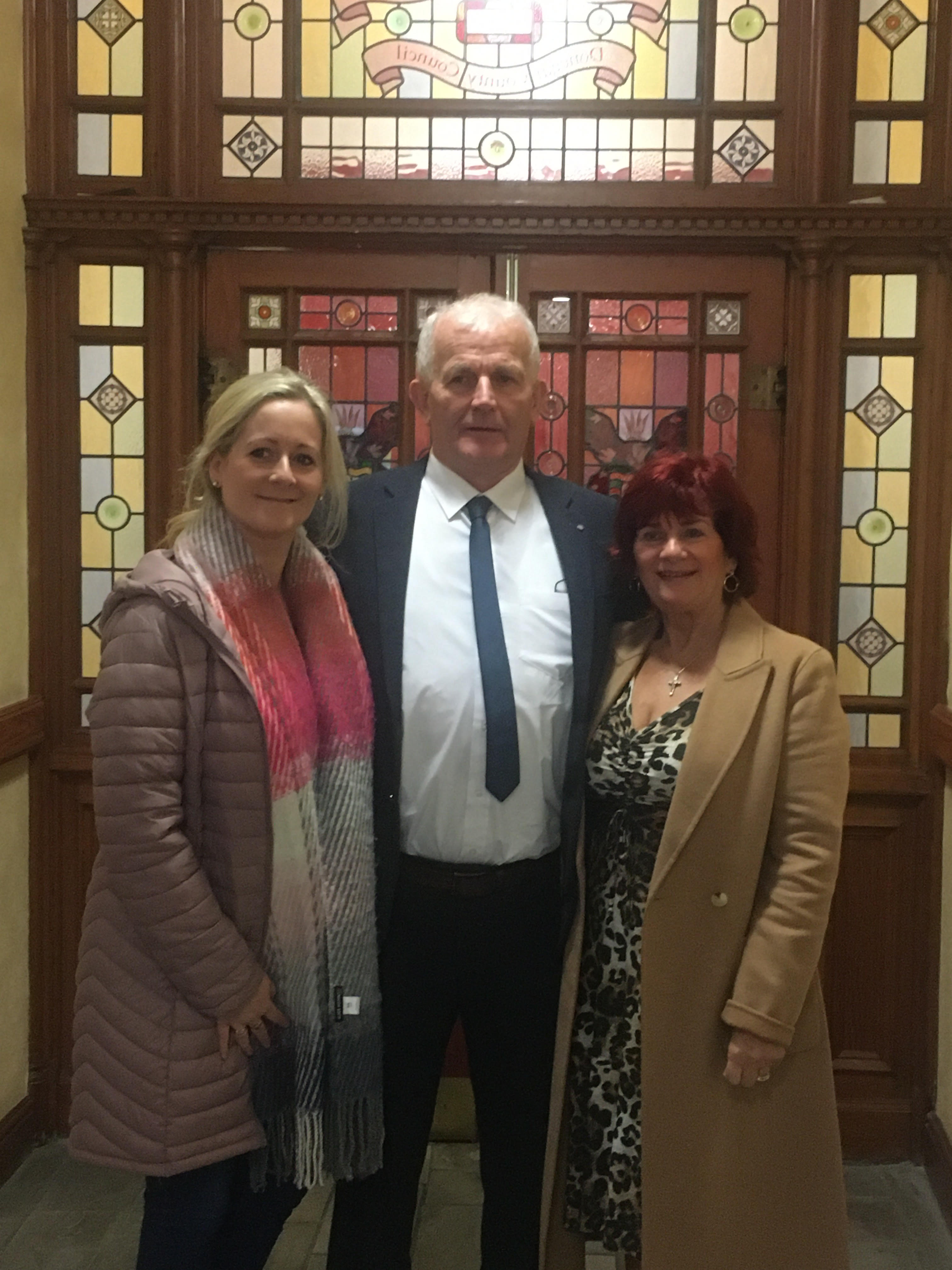 We was officially co-opted onto the Council in November 2019.

He replaced his son Manus Kelly who died while participating in the Donegal International Rally earlier that year.

Mr Kelly served on the Letterkenny Municipal District. Speaking of his resignation he said the role was 'challenging' but has thanked everyone for their support during his time in the council. 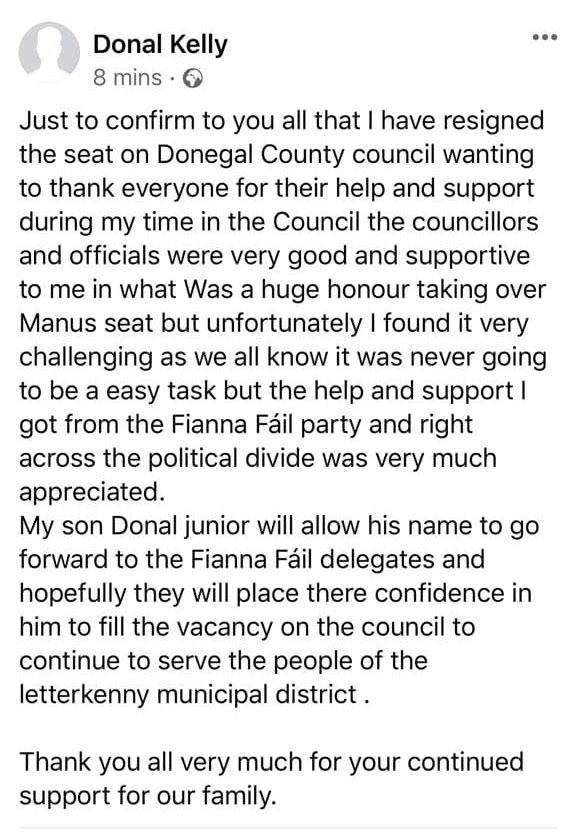 Mr Kelly has confirmed his son Donal Kelly Jnr will allow his name to go forward to Fianna Fail delegates to fill the vacancy.

His replacement will be announced in the coming weeks.