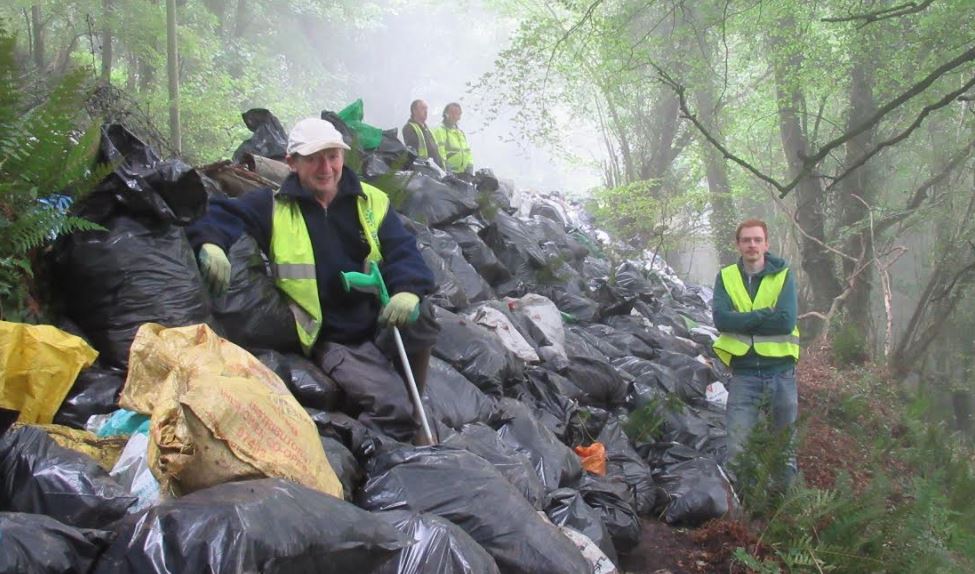 Donegal County Council has hailed the remarkable voluntary work carried out by Christy Murray, a local man in Raphoe who has been completing a massive clean-up operation since March of this year.

Mr Murray took on the huge task of clearing the roadsides on the approaches to Raphoe of litter.

One special project he took on was to clean a small wooded area just outside Raphoe. Some of the litter and rubbish removed from this area was up to 70 years old.

The community spirit shown by Christy in improving his locality for the community as a whole is a shining example of the spirit shown by volunteers throughout the county on a daily basis. At this time Donegal County Council wish to also thank the 5,500 volunteers in community groups and Tidy Towns Committees in Donegal who work tirelessly in collaboration with the Council in our journey to ensuring that Donegal is the cleanest and greenest county in Ireland.

Donegal County Council would like to encourage any member of the public who has information regarding any instance of littering or unauthorised waste activity to call 074 91 53900 from 9am to 5pm Monday to Thursday and 9am to 4.30pm on Friday. In addition, outside of the Council’s office
hours or where a member of the public may wish to report an issue directly to the Environmental Protection Agency (EPA), they can make a report through the National Environmental Complaints Line on 1850 365121 or via the EPA’s “See it? Say it?” smartphone app.

These services operate on a 24-hour basis. Donegal County Council is committed to thoroughly investigating all reports received.