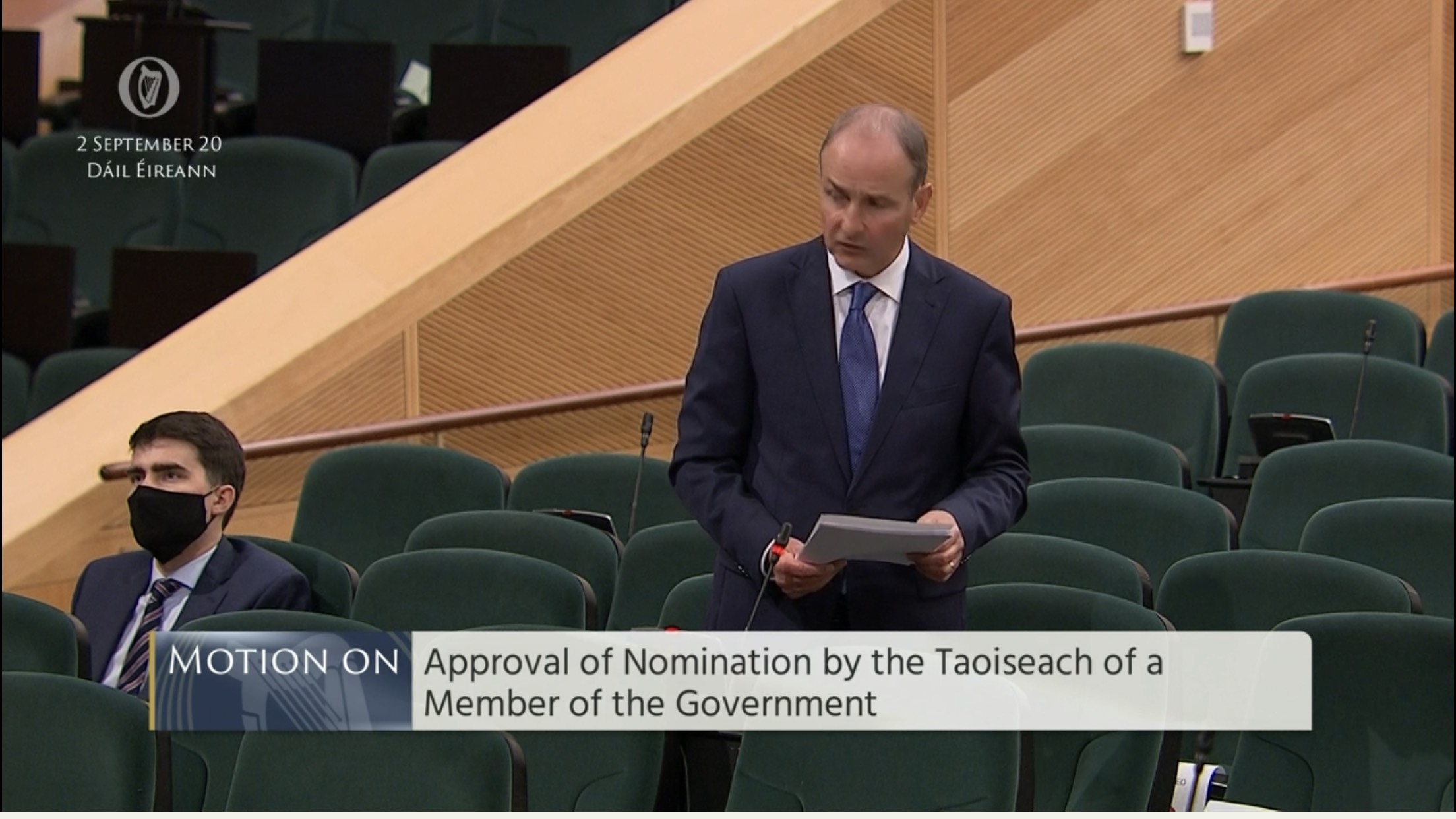 Charlie McConalogue has been named as the new Agriculture Minister.

He's the third person to hold the position since the government was formed at the end of June.

Wexford TD James Browne will succeed Deputy McConalogue as Minister of State at the Department of Justice.

Taoiseach Michéal Martin nominated the new Agriculture Minister in the Dáil this afternoon: