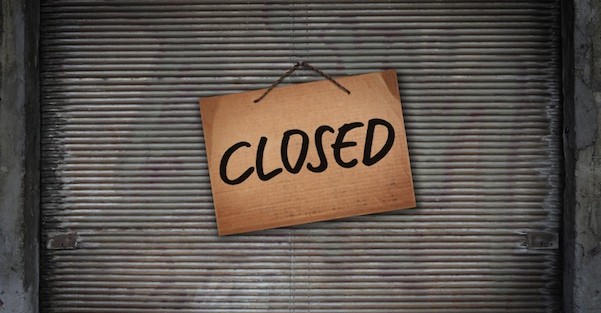 The commercial vacancy rate in Donegal increased by almost 1% between April and June.

16.6% of Donegal's commercial properties were vacant in the second quarter, according the latest GeoView Commercial Property Review. This is higher than the national average of 13.5%. 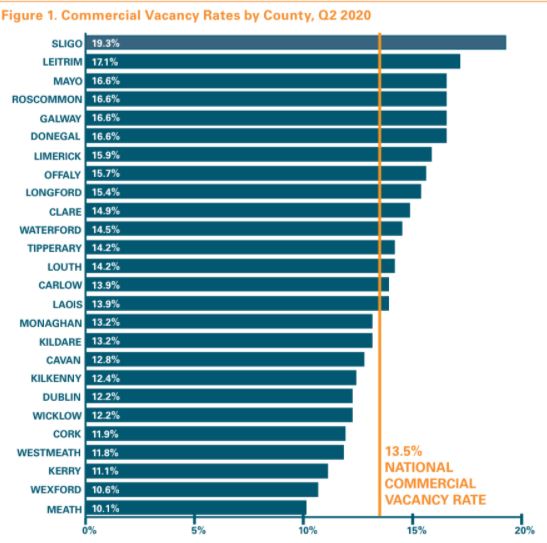 The figures published this week by GeoDirectory and EY-DKM Economic Advisory Services show a commercial vacancy rate in Donegal of 16.6% at the end of June 2020 compared with June 2019, 3.1% higher than the national average.

Ballybofey was the town with the highest vacancy rate in Donegal at 29%. This was the second highest rate in the country, with only Edenderry in Offaly recording a marginally higher figure of 29.2%/ 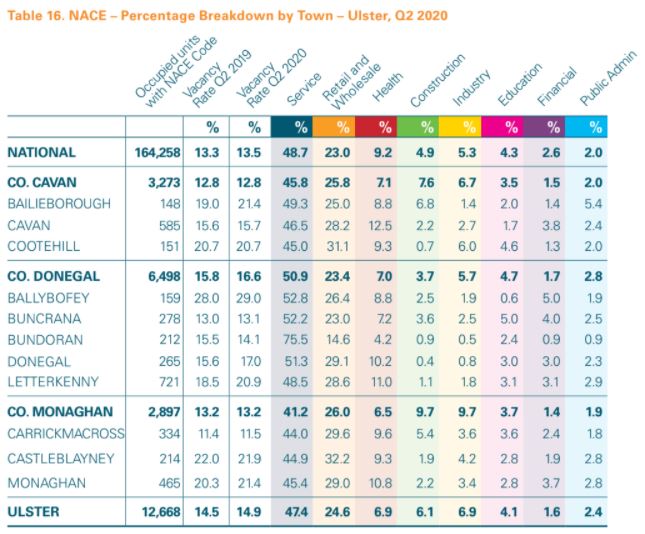 GeoDirectory say it is too early to gauge the impact of Covid-19 on commercial property stock and vacancy rates.

They say with a Europe-wide recession predicted and working from home to become more commonplace, it will likely be 2021 or 2022 before the full impact of Covid-19 on commercial property trends becomes apparent.