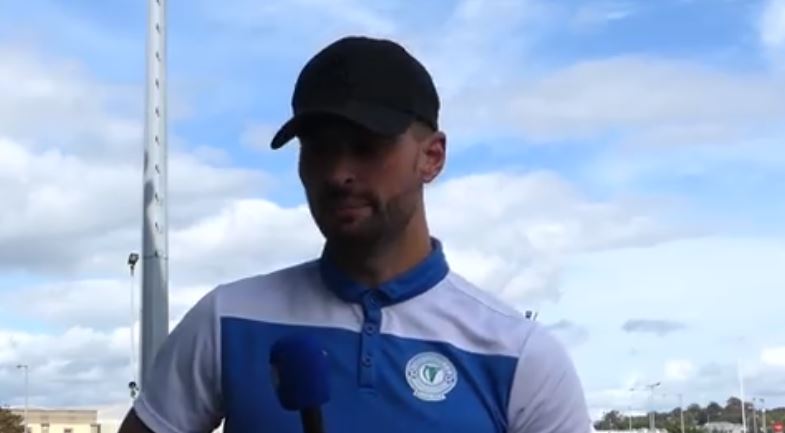 Finn Harps this week confirmed the signing of attacking midfielder Adam Foley until the end of the season. The Dubliner spent last season at Newry City AFC prior to the COVID-19 stoppage and has also played for Glebe North, Portadown and Glenavon.

When speaking to club media, he insisted that once Ollie Horgan got in contact with him the move was a no-brainer. “Ollie rang me a couple of weeks ago, I was actually at my Goddaughter’s communion the first time he rang so I had to get back to him a couple of days later! But we met then, and I knew straight away it would be the move for me.

Last year at Newry I had a pretty good season in terms of goals and assists and while as a collective we didn’t achieve our goals that we set at the start of the season I was hoping to get the chance at a higher level. Ollie actually got in touch with me last year but I had already signed for Newry but I’m glad it's worked out in the end.”

Foley made his Harps debut off the bench in Sunday’s 3-2 victory over Waterford FC. Speaking after the match, he told Finn Harps TV that in preparation for the game the squad had planned to push forward in the final ten minutes: “Yeah we’d done a lot of work on the opposition and noticed they’d maybe tired a little towards the end of the Sligo game during the week so we felt if we kept it tight we might be able to catch them late.

It was great to get off to a win, it felt a bit like our luck just wasn’t going to turn, having gone down initially from a deflection and then almost immediately after we equalised the first time but fair play to the lads they stuck at it and we got there in the end.

It’s a great feeling but you can’t just enjoy one win, it doesn’t do us any good if we don’t build from that now in the coming games and try to push up the table as much as we can.”

June 23, 2021
Over 1,000 people are demonstrating outside the Convention Centre in Dublin this afternoon, to protest against the lowered fish quotas introduced by the European...