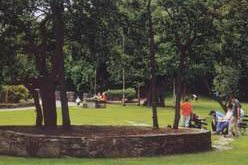 Gardai have launched an investigation after a female was approached by a man committing a lewd act in Buncrana.

The incident happened in Swan Park on Sunday evening last shortly before 8pm.

The female was listening to music while walking through the park from the Cahir O' Doherty road which is on the side of the Lough Swilly RNLI base at the time.
About half way through she was approached by the man committing a lewd act.

The female ran away and reported the matter to Buncrana Garda Station.

The man is described as 5ft 7 in height, of slim build and dark hair. He was wearing a light blue t-shirt and dark shorts.

Anyone with information is being urged to contact Gardai in Buncrana.