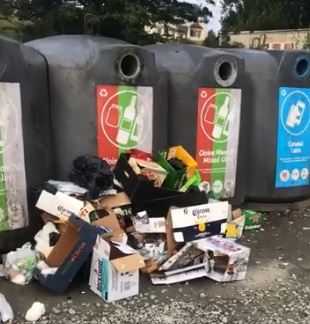 A Donegal County Councillor has hit out at those responsible for dumping rubbish at recycling banks in west Donegal.

Banks at Annagry and Gweedore were said to be overwhelmed yet again at the weekend however bags of rubbish containing items unsuitable for recycling were also dumped nearby.

Local Cllr Michael Cholm MacGiolla Easbuig says the ongoing problem shows contempt for both the Council and the community: