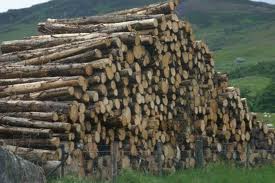 The IFA says a plan to address the backlog of forestry licences actively discriminates against farm forests and could signal the end of farmer planting.

Donegal IFA Farm Forestry Representative Charlie Doherty says the costs and bureaucracy associated with getting a licence under the current system means that the vast majority of forests on farms are no longer viable, particularly when Environmental Statements are concerned.

Mr Doherty says sawmills are talking about importing timber because there isn't enough stock, while farmers can't get clearance to harvest their trees:

June 14, 2021
The GAA has confirmed that Croke Park will host an Allianz Football League Division 3 final on Saturday. Derry will face Offaly in the only...