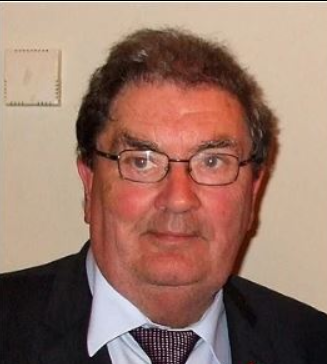 The funeral mass of one of the giants of Irish politics John Hume will take place in his native Derry this morning.

The Nobel Peace Laureate died on Monday at a nursing home at the age of 83.

The former SDLP leader is considered the prime architect of the Northern Ireland Peace Process.

The family of John Hume said the they have been immensely comforted by the "heartfelt and sincere condolences" that had been extended to them from so many people.

Mr Hume's remains were removed from his home in Donegal last night to St Eugene's Cathedral in Derry.

Requiem mass will be celebrated by local priests and presided over by Bishop of Derry Donal McKeown, Archbishop of Armagh Eamon Martin and senior Anglican clergy starting at 11.30am

His family requested that mourners adhere to all Covid-19 guidelines ahead of the funeral and at the removal last night - when they asked people to light a candle for peace instead of lining the streets.

Mr Hume was prominent in the civil rights movement in the North before his long time commitment to achieving peace in Ireland through exclusively peaceful means.

In tributes from political leaders at home and abroad he was called "a hero, a political titan and a visionary".

It's understood the funeral will be a family one and they have hinted that a larger event to celebrate his life will be held at a later date.