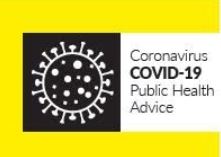 14 more Covid-19 cases have been confirmed by health authorities - and no new deaths.

1 new case has been confirmed in Donegal.

8 patients with the virus are in hospital across the country currently, which is the lowest number since early March.

There have now been 25,942 confirmed covid 19 cases since late February, after a further 14 were recorded today.

It's a marked improvement on the 40 reported yesterday.

11 of today's cases were close contacts of confirmed cases and half of these had no symptoms.

The death toll remains at 1,764, after no new deaths were recorded.

There are now 8 confirmed cases in our hospital system, the lowest number since early March.

Acting Chief Medical Officer, Dr. Ronan Glynn says across Europe the pandemic appears to be accelerating again. We have an opportunity to avoid a similar scenario here by focusing on keeping our distance, washing our hands, wearing face coverings and continuing to make safe decisions.