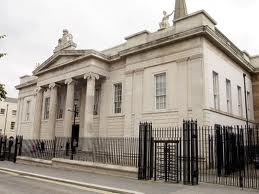 A 50 year old man is due to appear at Derry Magistrates Court today, charged with a number of drug offences.