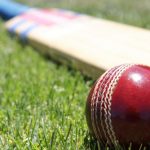 There was a full schedule of Cricket fixture in the North West this weekend.
A 10-wicket win for Coleraine at Eglinton to follow up Friday night's win against Ballyspallen.
Bonds Glen beat Killyclooney in a thriller and Donemana beat Ardmore at the Holm.
Two wins for Championship teams over Premier Division opponents as Fox Lodge take the points at Strabane and Burndennett stun Bready.
There was a big win for Newbuildings at Glendermott while Brigade were too strong for St Johnston.
Meanwhile, in the North West T20 Qualifying Letterkenny had a six wicket win over Maghera.